Maybe you recall last week’s post about a controversial access issue in Michigan’s Upper Peninsula. Today, we will look at... 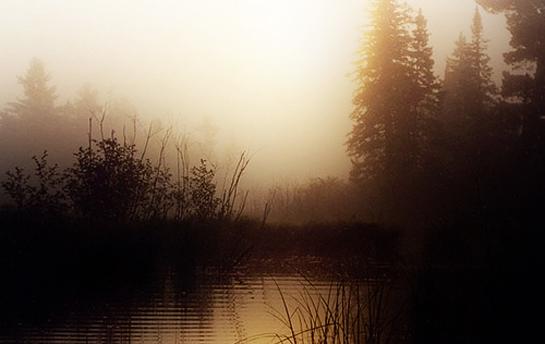 Maybe you recall last week’s post about a controversial access issue in Michigan’s Upper Peninsula. Today, we will look at the other side of the story on the Salmon Trout River.

To recap, the river flows into Lake Superior and harbors one of the last remaining runs of coaster brook trout. Coasters are brook trout that are reared in rivers and streams but live the majority of their lives in Lake Superior. In those deep, cold waters they grow to substantial proportions – far larger than brookies that live out their lives inland. In the fall, when they reach sexual maturity, coasters return to the rivers and streams from which they came to spawn. Coasters are the only migratory salmonid native to Lake Superior.

The Salmon Trout River is believed to be the last major river on Lake Superior’s southern shore to host a spawning run of coasters.

The river lies almost entirely within the private land holdings of the exclusive Huron Mountain Club. Just two public access points are available – the mouth of Lake Superior and a bridge on a county road.

It is that bridge access that’s the focus of much scrutiny and controversy. But this post isn’t about that. It’s about the club’s desire to limit access to the Salmon Trout River and the reasons behind it.

Harry Campbell, a long-time member of the HMC, says it’s not about keeping people off the river. It’s about the club’s legacy of conservation and a sense of responsibility to the trout.

“The Salmon Trout River is not a public river. It’s a navigable river. That’s a very important distinction to make. The river is not publicly owned because the club owns all of the land around it,” Campbell says. “And there are a lot of questions regarding whether the bridge can legally be used as a public access point. We don’t think that it can be. But that’s not the real issue here. The issue is protecting those fish. The Huron Mountain Club has preserved an area that’s very special and unique. And the coaster trout is very much a part of that. It is our duty to make sure they’re protected.”

The Huron Mountain Club began as the 6,000-acre Huron Mountain Hunting and Fishing Club in 1889 by John M. Longyear of Marquette who recruited outdoors-minded business owners and lawyers living in Marquette, Chicago, and Detroit as its early members. Campbell’s great-grandfather was among them.

From the beginning, the club was interested in maintaining the natural landscape. Overtime, the property grew to some 20,000 acres and began to focus less on hunting and fishing and more on grand-scale land preservation. The property has never been logged and is the largest undisturbed tract of virgin hardwood/hemlock forest left in the country.

In 1938, the group hired a prominent naturalist to develop a land management plan. His name? Aldo Leopold.

In 1954, the Huron Mountain Wildlife Foundation was formed and uses Huron Mountain Club property to conduct a number of scientific studies, the likes of which can be done only in habitats that have been undisturbed – including an on-going study by Michigan Technological University of coaster brook trout spawning habits.

The club, along with the Sierra Club, has pushed to have coaster brook trout listed as an endangered species. If the trout were added to the list, the access issue would become moot as fishing in the Salmon Trout River would likely be closed. And the presence of an endangered species of trout in the Salmon Trout River would also likely mean a mine that’s being built in the river’s headwaters by the Kennecott Eagle Minerals Co. would be stopped.

In the next post, we’ll look at efforts to keep the coaster brookies off the federal Endangered Species List, and the case for conserving a resource by fishing for it.

But for now, I’d like your opinion, especially if you live in or fish Michigan’s Upper Peninsula. Is the Huron Mountain Club’s effort to keep anglers off the Salmon Trout a result of its high-minded conservation legacy or its self-interest in keeping non-members off its property?