Use a GPS to Unlock America’s Best Hunting

When the Russians launched their Sputnik satellite in 1957, most Americans were stunned, if not frightened, by the news. Cold... 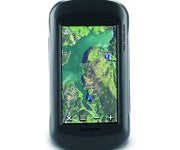 When the Russians launched their Sputnik satellite in 1957, most Americans were stunned, if not frightened, by the news. Cold War aside, American hunters and anglers should have rejoiced.

That’s because shortly after Sputnik was launched, U.S. scientists learned they could track the satellite’s orbit by listening to changes in its radio frequency, relying on the same principle that explains why the pitch of a train seems to change as it rumbles past while you wait impatiently at a crossing.

Using this knowledge, the U.S. Navy began development of its TRANSIT navigation system in 1958, which relied on six orbiting satellites to keep submarines on track. In 1973, engineers Ivan Getting and Bradford Parkinson headed a Department of Defense project to provide continuous navigation information. The result was what we now refer to as the Global Positioning System.

Today, some two dozen satellites orbit 12,000 miles overhead, each one circling the Earth every 12 hours, feeding back the signals that help us find that ridge full of gobblers, the treestand we hung months ago, or the truck that somehow moved itself. However, using GPS simply to find stuff is old school.

America is a public-land hunter’s paradise. But some of our public hunting areas are easy to find, and that makes them less attractive to hunters in search of solitude and trophy potential. To find big whitetails and branch bulls, you must first find land that is hard to find. That’s where today’s GPS units, when paired with mapping software, can be electronic gold.

Paper maps and atlases still have their place, but they often leave much to be desired when you’re trying to find a location in the real world. How many of you have done the “four sections north, two sections east” routine while looking for a section of public ground out West? An advanced GPS unit coupled with the right mapping software eliminates that process by placing boundary lines right on your screen. But that’s not all modern units are capable of. You can also use a program like Garmin’s BirdsEye software to place high-res satellite imagery on the screen as well.

“We’ve all pulled up to a place that looks like a flat piece of nothing. But what you can’t see is that a quarter mile off the road, the piece drops down into a terrific coulee that’s as birdy as heck,” says Ted Gartner, director of communications for Garmin. “That’s really the power you have with these units and a good mapping system.”

A View From Above

The BirdsEye system is devilishly simple, yet technically complex. The GPS unit determines your location by measuring the time it takes for a signal transmitted by a satellite to be received by the unit. The time tells the GPS receiver how far away the satellite is. Add in a few more measurements from a few more satellites and the receiver can determine your location to within a few meters.

Most GPS manufacturers include a detailed basemap in their handheld units. These maps will show roads, points of interest, and some public lands. But few of these maps carry enough detail.

However, third-party offerings that include boundaries for all public lands are readily available. The best I’ve found are the ones offered by HuntingGPSMaps.com. These maps (which cost about $50) can be downloaded onto an SD card and used in most newer Garmin units. The maps show an enormous amount of overlay data, including state land and hunting unit boundaries. Some maps even offer overlays of plat maps that show the names of the landowners. There are a ton of great mapping apps for smartphones, too. Among the best is ViewRanger; download the free version or upgrade for $8.

But you don’t have to pay to have a great map. Many states offer free files for use in GPS units that show all public lands in the state. These files can usually be found in the public-hunting section of a state’s game-and-fish department website. Another great source of free map files is GPS-FileDepot.com, where visitors can upload their own custom maps and make them available to others.

How cool is that? Way cooler than Sputnik.