In 1862, 14,000 acres of state-owned land was chartered to establish Michigan State University as the nation’s pioneer land grant... 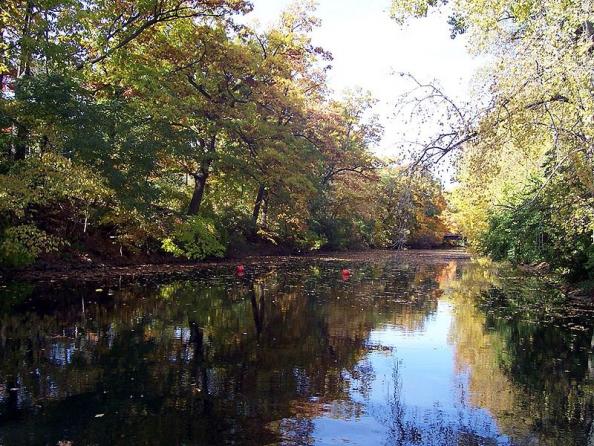 In 1862, 14,000 acres of state-owned land was chartered to establish Michigan State University as the nation’s pioneer land grant college and served as a model for the Morrill Act.

The Morrill Act allotted each eligible state 30,000 acres of Federal land for the establishment of universities that focused on agriculture and natural resource sciences.

MSU has since become home to one of the top fisheries and wildlife management programs in the nation, churning out some of the country’s top biologists and resource managers.

And, until now, it was illegal to fish on campus.

“That does seem a little odd doesn’t it?” asked Bryan Burroughs, Executive Director of Michigan Trout Unlimited. “We’re proud to see that change.”

On Monday, April 15, a group represented by members of the MSU Board of Trustees, the Michigan Department of Natural Resources, Michigan United Conservation Clubs and Michigan Trout Unlimited, will hold a ceremonial fish stocking in the Red Cedar River that serves as the official kick-off to welcome anglers to fish on campus.

Some 3,000 juvenile steelhead will be stocked in the Red Cedar River, fish that are expected to eventually drop into the Grand River and begin a journey that will end in Lake Michigan. In a few years, those fish will return to the Red Cedar to spawn. And thanks to the revamped rules, campus anglers will be there to greet them.

“Tim Nichols (member of the Michigan Natural Resources Commission) really deserves a lot of credit for making this happen. He just started asking questions. They might not have always been popular questions but they were ones he felt needed to be asked,” said Burroughs. “He received great support from several of the MSU Trustees, including Dianne Byrum. We kept talking and putting plans in place and here we are.”

Located in southern Michigan, the Red Cedar River runs through the heart of the MSU campus. Anadromous fish have long made their way into the Red Cedar from the Grand River including chinook and coho salmon along with steelhead. The Red Cedar also features a modest pike and smallmouth fishery. But it’s the coho and steelhead that figure to be the top draw.

“Because of safety and liability concerns, the University isn’t going to allow fishing from foot bridges that see heavy student traffic and the core area of campus isn’t open either,” Burroughs said. “But the rest of campus will be open starting downstream from the football stadium.”

Monday’s stocking effort is just the beginning of what Burroughs hopes is a series of enhancements to make the campus fishery even better.

“We’ve developed a protocol to map out the makeup of the river, habitat and conditions. We’d like to work with the University to allow students to conduct user studies, impact studies and opinion studies,” Burroughs said. “We have a great tool in the University and a great resource in the Red Cedar. Putting those two together and allowing students to fish on campus is really one of those win-win-win situations.”

Open Country will provide details on future habitat and access improvements where you can become involved as they become available.