California may be a state best known for celebrities and nonsensical anti-hunting laws and regulations. But, despite the best efforts... 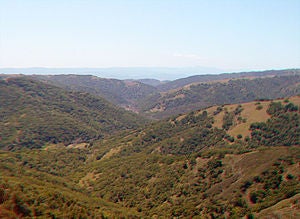 California may be a state best known for celebrities and nonsensical anti-hunting laws and regulations.

But, despite the best efforts of PETA and HSUS, California remains the home of tens of thousands of hunters and some darned fine hunting and fishing in areas of the state not covered up in million-dollar estates. And, thanks in large part to the folks at the Rocky Mountain Elk Foundation, a chunk of prime Tule elk habitat has been protected and opened to the public for hunting and fishing.

A 339-acre parcel was acquired and added to a 2,750-acre tract of land previously purchased for public use in the San Antonio Valley of west-central California. The land, which sits at about 2,300 feet, adjoins Henry Coe State Park and offers excellent wildlife habitat.

Formerly a working cattle ranch, the property was a prime candidate for the California-style treatment before RMEF and its partners stepped in.
“This is a big win for elk, elk country, and the people in west-central California,” said Blake Henning, RMEF vice president of Lands and Conservation. “This property belonged to a family for more than 100 years. It faced a very real possibility of development but thanks to the work of our dedicated partners it’s now protected and in the hands of the California Department of Fish and Wildlife.”

RMEF was joined by the California Department of Fish and Wildlife, California Wildlife Conservation Board, California Deer Association, Santa Clara County Open Space, The Nature Conservancy and a private landowner in the property purchase.

This land purchase is only the most recent in RMEF’s efforts to protect elk habitat and provide more access to hunters and anglers. It’s certainly not the only parcel the organization has helped secure. In future Open Country entries, we’ll take a look at a few more RMEF-led efforts.