Residents of Weston, MA have no trouble understanding that their homes were built in an area that supports a sizeable... 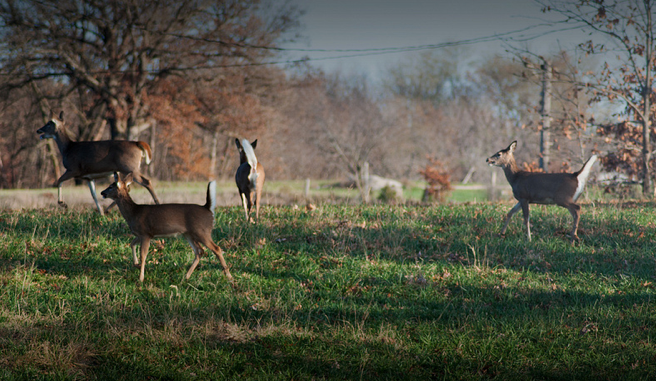 Residents of Weston, MA have no trouble understanding that their homes were built in an area that supports a sizeable population of whitetails.

Understanding that the deer population has just one predator willing to control it, however, is proving to be wicked haahd.

Just a year ago, the Weston Conservation Commission passed a law allowing bowhunting for whitetails on Town-owned land. Weston, which is located just outside of Boston and touts its “quiet, country-like setting” on its website, has an issue not unlike those facing thousands of other communities where homes are landscaped with deer food and built so that there are small pockets of undeveloped land between homes, thus creating ideal deer habitat. The area has way too many deer.

Regional surveys by the Massachusetts Division of Fisheries and Wildlife indicated deer numbers in the area at about 20-30 whitetail per square mile. That’s a tad north of the 10 deer per square mile that the habitat can adequately sustain. Massachusetts isn’t a warm-weather state but it isn’t Maine either. There are few coyotes, no wolves. The only predator of whitetails in the area are those who wear camo and hunt from treestands.

Thus the town of Weston did what it should have done: It opened town-owned lands to bowhunting in an effort to ensure the publicly-owned lands are protected for future generations.

Those wishing to hunt the town lands must pass a proficiency exam and are carefully screened by the Conservation Commission. In 2012, 26 bowhunters tagged 18 deer.

As one might expect, some of the Weston residents aren’t in favor of seeing the wildlife they’ve displaced with their mega-mansions killed and are pushing Weston officials to end the hunt. Their argument? That nearby towns don’t allow hunting on their public lands and that other measures of controlling the deer population should be pursued.

Why should you care whether a town outside of Boston continues a hunt that just 26 hunters participated in? For the very same reason that the anti-hunters are touting as a reason to end the hunt: Because the towns surrounding Weston don’t allow bowhunting.

With so much attention placed on access to tracts in places known for hunting — places far more “wild” than Weston — the fact remains that the majority of Americans live in an urban or suburban setting. Opportunities to hunt close to home are far more likely to ensure that future generations continue to hunt.

The Weston hunt must remain in place because it has the very best chance to reduce deer numbers in the area. Bowhunting is a safe, effective method of population control and that will play out as time passes. Neighboring cities will take notice and, hopefully, open their public lands to bowhunters.

Town by town, hunting opportunities can expand and will do so in one of the most critical places of all: The places that most of us live.