“I’ve got vision and the rest of the world wears bifocals.” – Butch Cassidy Vision is what Theodore Roosevelt, Gifford... 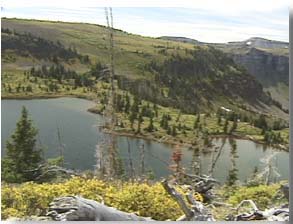 “I’ve got vision and the rest of the world wears bifocals.” – Butch Cassidy

Vision is what Theodore Roosevelt, Gifford Pinchot, and Aldo Leopold had when they articulated the North American conservation ethic. Vision to see the greatest good, for the greatest number, for the long term.

I’ve been thinking about vision as I review H.R. 1825: The Recreational Fishing and Hunting Heritage and Opportunities Act.

The title sounds like Congress is passing around free apple pie. But the devil is in the details. The basic goal of the bill hits a bullseye—declaring that hunting and fishing have just as much value on public lands as other uses, including resource extraction and grazing. The bill would also end shortsighted efforts to block hunting and angling on public lands. But some of the details in the bill, which has 45 co-sponsors and has been referred to a House committee, miss the mark.

The problems with the bill center on federally designated wilderness areas. Hunters and anglers across the West fight yearly for prime spots in the trailhead parking lots of the Bob, Washakie, and Flattops wilderness areas searching for elk and other landscape-scale animals. Wilderness hunting to many is the stuff of legends. It’s where you test your mettle against an unflinching world. It’s where the road ends and the world according to primal law begins.

Hunting and fishing access is by foot, stock and in some places, boat or bush plane. But language included in HR 1825 would allow the government to bulldoze “temporary” roads in all Congressionally designated wilderness and roadless areas.

That language is getting caught in the craw of some of the more traditional hunter-conservation organizations such as Backcountry Hunters & Anglers and the Theodore Roosevelt Conservation Partnership. BHA supports other aspects of the bill, but opposes provisions that could threaten wilderness; meanwhile TRCP has simply asked that the sponsors remove the provision so that it fits with the Senate version of the same bill, noting that a similar provision in the Sportsman’s Heritage Act of 2012 met the predictable fate of no action in the Senate because the controversy couldn’t be overcome.

Critics of wilderness say they need to write this sweeping exemption into the 1964 Wilderness Act. They argue that in desert wilderness areas, people need to do work, such as install water sources, called guzzlers, to help wildlife such as bighorn sheep. In order to do the work, they need to build roads.

But the fact is many guzzlers have been constructed in wilderness areas, including the Owen’s Peak, Kiavah, Chimney Peak, and Domeland in California. One BLM district in Nevada has authorized over 25 guzzlers to be built in three different wilderness areas. The point is, there is flexibility at the local level, which is where these kinds of decisions should be made, not at the congressional level.

The provision in HR 1825 that allows for temporary roads in wilderness and roadless areas creates an appealing corridor for some motorized users. Anyone who has hunted public land knows that even temporary roads can have a lot of illegal traffic, reducing wildlife security habitat and hunter success.

Instead of eroding the best parts of our wilderness areas, I’d urge sportsmen to fight to either amend HR 1825 and or vigourously lobby to pass the bipartisan Murkowski/Manchin bill, which also aims to elevate the importance of hunting and fishing as legitimate uses of our public land. Let’s keep that as our dominant vision and not get sidetracked by provisions intended to split us sportsmen into those who hunt on foot vs. those of us who hunt on machines.