Montana Volunteer Project: Remove A Fence, Save An Antelope

The Montana Department of Fish, Wildlife and Parks pays close attention to the travel patterns of critters come winter —... 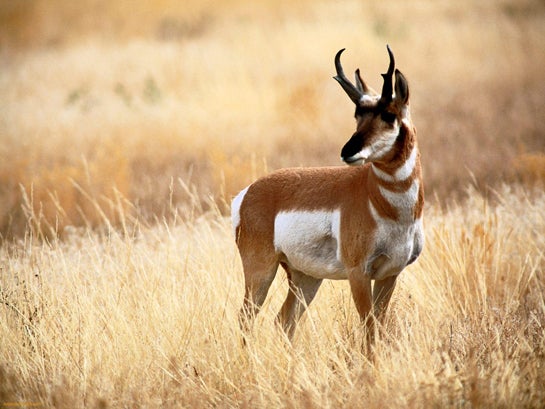 The Montana Department of Fish, Wildlife and Parks pays close attention to the travel patterns of critters come winter — particularly those species who must migrate to survive.

In recent winters, Montana FWP has collected GPS data that indicates migrating antelope have made some unscheduled stops in odd locations.

“You can really see it pretty easily from the GPS data. Those antelope are migrating along and then bunching up in certain areas,” said Drew Henry, a biologist based in Montana FWP’s Glasgow office. “They’re bunched up on fences that they can’t easily cross. They’ll spend four or five days walking up and down that fence looking for a way across. And that’s a pretty crucial couple of days when you’ve got winter bearing down.”

This weekend, some of those antelope will get a boost from an Open Country project that’s being spear-headed by Henry.

On Sunday and Monday, Henry and other Montana FWP staff will lead a fence-removal project near Nashua. The goal is to remove nearly 7,000 feet of woven wire fence and an additional 3,000 feet of 4-strand, barbed-wire fence in an area that’s proven to be an impediment to migrating antelope.

“The project is on land that’s owned by the county and in an area where those antelope are pretty visible,” Henry said. “We’ve identified several areas in addition to this one where antelope are stacking up because of fences and we’re working with BLM and others to either remove those fences or find another solution. But we had to start somewhere.”

While this project won’t create additional public access, it does illustrate a couple of key points that are nearly as important to maintaining the public hunting and fishing opportunities.

For starters, it shows that while most state game agencies catch more than their share of flak, they are staffed largely by folks who love to hunt and fish as much as we do. Sure, Henry’s job is to help ensure Montana’s wildlife resources are properly managed. But do you think he’s required to spend a Sunday pulling down fence? The point is, Henry is a hunter and understands the importance of doing more. There’s a lesson in there for all of us.

Second, this project illustrates the importance of volunteers to state agencies. While the removal of some 11,000 feet of fence is a pretty good accomplishment, it’s just a fraction of the work that’s waiting for some hands to help.

Several recent Open Country posts have illustrated just how appealing conservation funding is to politicians looking to balance budgets. Because the majority of those in office lack an outdoors background, they think nothing of dipping into conservation coffers. This not only hurts programs like the Farm Bill that are critical for conservation, but it also has direct impacts on the state agencies that manage fish and game populations. Agency budgets have been cut almost across the board. If we are to expect the same level of service and opportunity, the slack must be picked up. And that’s an opportunity for us, as hunters and anglers, to give back to the world we take so much enjoyment from. And it also sends a pretty clear message to the powers in charge that hunters and anglers are willing to work, fight, and represent our interests.

If you’d like to assist, contact Drew Henry at Montana Fish,Wildlife and Parks by calling 406-228-3700 or e-mail him at DHenry@mt.gov.