If you’re a hunter, this is a little history lesson you’ll want to pay attention to. In 1903, President Theodore... 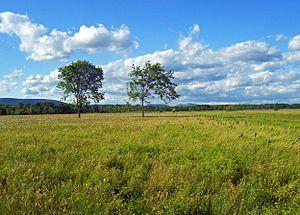 If you’re a hunter, this is a little history lesson you’ll want to pay attention to.

In 1903, President Theodore Roosevelt established the Pelican Island National Wildlife Refuge, the first designation in the National Wildlife Refuge System. It could be effectively argued that Roosevelt’s decision to begin setting aside lands for wildlife habitat (and the enjoyment of the American public) was fostered during his days with a fledgling organization called the Boone and Crockett Club.{C}

Over the next two decades, more focus was placed on conservation with protection of migratory birds taking center stage. In 1918, regulations for the taking of migratory birds were put in place thanks to the Migratory Bird Treaty Act. The act was moderately effective at protecting existing bird populations but it was clear that without adequate habitat protection efforts, population control wouldn’t be necessary for long. There simply wouldn’t be any populations left to manage.

Thus, in 1929, the Migratory Bird Conservation Act was passed. Unfortunately, the bill passed only after several years of political bickering that resulted in the loss of a proposed $1 federal hunting stamp and any designated hunting areas.

The act was funded through congressional appropriations. And, even back then, you can guess just how willing Congress was to fund conservation. They weren’t. Without funding, the act had minimal impact.

Finally, in 1934, the Migratory Bird Hunting and Conservation Stamp Act was passed. Today, we refer to it simply as the “Duck Stamp.”

And history was changed forever.

With adequate funding for the refuge system, critical waterfowl production areas were protected. And hunters foot the bill.

The point? History has clearly shown that it is hunter dollars that have supported — and grown — the National Wildlife Refuge System. And I have a hard time understanding why hunting should not be allowed on every acre of land in the refuge system where hunting is feasible.

What do you think? If you feel the same, here’s your chance to speak up.

The U.S. Fish and Wildlife Service has proposed opening six additional refuges to hunting and fishing while expanding opportunities on 20 other areas, and is now accepting public comments. Well, as soon as the government goes back to work, that is.

“Hunting and fishing are healthy, traditional outdoor pastimes deeply rooted in America’s heritage and have long been enjoyed on hundreds of national wildlife refuges under the supervision of our biologists and wildlife managers,” said Dan Ashe, Director of the U.S. Fish and Wildlife Service, in a media release. “After careful consideration and review from the Service, this proposal represents one of the largest expansions of hunting and fishing opportunities on wildlife refuges in recent years.”

These refuges are proposed to be open to hunting for the first time:

If you’d like to voice your opinion — and we certainly hope you do — visit the Federal Rulemaking Portal here and follow the instructions for submitting comments to Docket No. [FWS-HQ-NWRS-2013-0074].

Comments must be received by Oct. 24.

To view a complete list of all hunting and fishing opportunities on refuges, visit: http://www.fws.gov/refuges/hunting/huntFishRegs.html//.