Photo by USFWS I don’t like sitting on important stories. As a journalist, it’s my job to get the news... 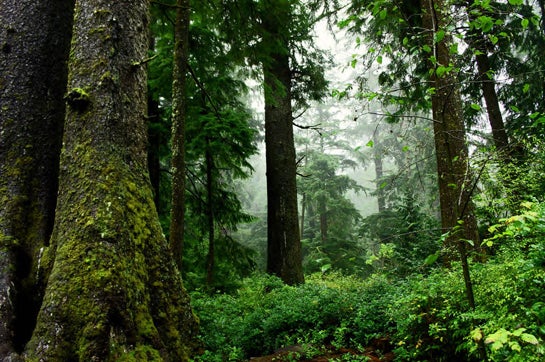 As a journalist, it’s my job to get the news out as soon as it can be validated and substantiated. But I have a confession to make: There’s a bit of news coming out of Washington state that I’ve kept to myself for a few days.

I’ve been waiting. Waiting for phone calls to be returned. Waiting for something further to develop. Waiting to make sure I presented the issue properly. Because this is a story that truly has two sides. And two sides to each of those sides.

If you happen to live in an area where timber is a vital part of your state’s economy, you are likely aware that timber companies own large swaths of forestlands. We have them here in my home state of Michigan, and they exist in neighboring Ohio and Wisconsin. And if you live in the Pacific Northwest, hundreds of thousands of acres fall under timber company ownership.

In each of the aforementioned regions, hunters typically have some level of access to those privately-owned lands. That is a very important distinction to be made here: We’re not talking public land. This is large-scale private land ownership.

And although these lands are privately owned, the government actually granted some acres to timber companies to stimulate state and local economies. Much of the Northwest timberland, for instance, was allocated to the railroads as an incentive to develop the frontier. Does that public history imply such lands should be required to maintain some level of public access–for free?

But what about lands that were never in the public domain or weren’t consolidated under any government largesse? There’s certainly no shortage of those and, for years, hunters have been allowed to utilize those large commercial timberlands free of charge.

For whatever reason, those large private holdings are usually viewed differently by the hunting community than “normal” chunks of private ground, or even parcels of public land. I get that. The land isn’t in use for homes or residential communities. It’s not even really being used for personal recreation. The land was bought for the commercial purpose of timbering. And I suppose, in a way, that does make it a slightly different animal.

But timber land is still private land, and the owner of private land has–and should have–final say on who can or cannot hunt there. Unfortunately, that final say also determines how much it will cost you for the privilege.

Where is all of this going?

Last summer we reported about the large timber company, Weyerhaeuser, and its implementation of a new pay-to-play access fee on some of its holdings in Washington on a trial basis. The company says it imposed the fee structure to keep better tabs on who used their property, and to minimize what the company described as rampant garbage dumping and vandalism.

That system turned out to be a rousing success, at least from Weyerhaeuser’s perspective. The permits sold out in a matter of hours and, according to Weyerhaeuser spokesman Anthony Chavez, the company saw a noticeable reduction in “vandalism and dumping on our tree farms.”

Weyerhaeuser is now expanding the permit system throughout Washington and Oregon. Permits will cost around $250-300 depending on the area, and will set a quota for each area.

Area hunters have voiced disapproval of the system and some local units of government are now weighing in as well. In Washington’s Grays Harbor County, for example, the county commission recently approved an ordinance that would revoke certain tax breaks from large landholders who charge for access to the property.

In one news report, Andy Walgamott, editor of the Northwest Sportsman, was quoted as saying: “Hunters are angry about what really feels like a kick in the stomach from a hometown company, something that almost feels like a breach of the social contract. Weyerhaeuser’s been in the Northwest for over a century, and we’d grown to take it for granted that we could access their lands, either by driving on or at least walking around gates, to hunt and fish.”

Two Sides to the Story

It’s hard to disagree with Walgamott’s assessment. As a hunter, I suspect I’d have the same reaction if I had been a long-time free user of Weyerhaeuser lands and was suddenly asked to pay. But what about the company’s perspective? If the permit structure really does reduce negative impacts, is a fee too much to pay in order to retain some level of access to these private lands?

I’m still waiting to hear from Weyerhaeuser. I want to know, for instance, what the company did to mitigate impacts before assessing the sportsman permit and fee. Did they explore other options to keep track of land users before asking for such a steep access fee?

And what about sportsmen? Do they get a higher quality experience now that the permit structure is in place? Are they willing to accept an annual fee, knowing that the land—in many cases the majority of acreage in some counties—remains open for hunting and fishing?

But what about the larger issue of compensation? These big timberlands are getting tax breaks (that’s the issue Grays Harbor County is addressing). Should they continue to get those breaks if they charge for access?

I’ve hunted on commercial forestland here in Michigan. That land is only open for public access because the landowners receive a tax break. I’ve never vandalized any of that property. I’ve never left any litter behind.

So why am I being punished?

It seems like a few disrespectful land users have made things inconvenient, yet again, for us law-abiding and respectful sportsmen. Walgamott mentions a “breach of social contract.” He seems to be right, but it’s hard to say exactly where the breach occurred.

Do you have experience with the issue? Let us know your take on this issue by commenting below.