You might recall that my hope on my departure to Wyoming last month was that I might encounter a monster... 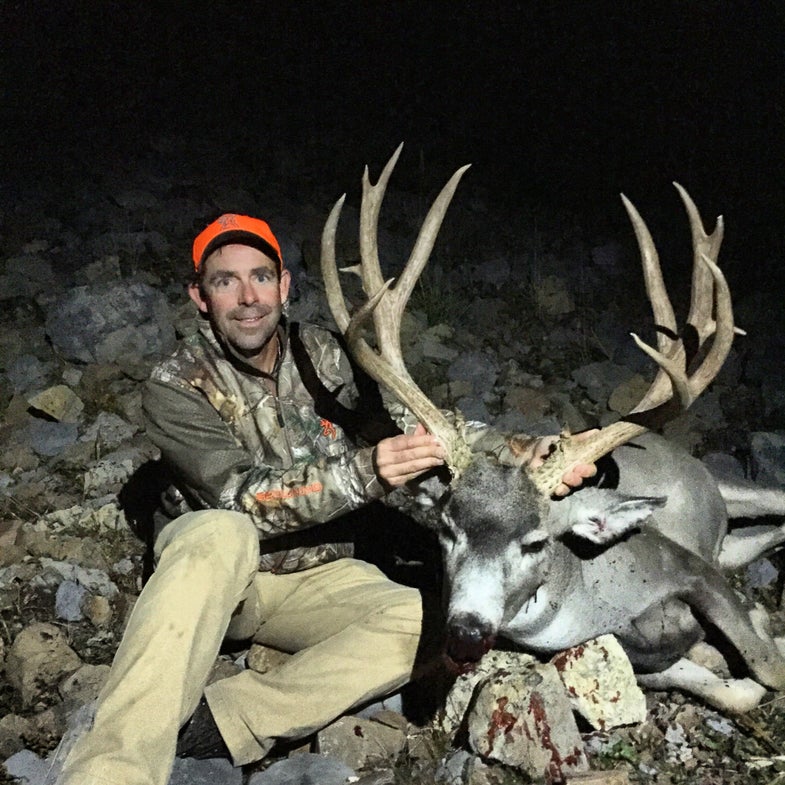 You might recall that my hope on my departure to Wyoming last month was that I might encounter a monster mule deer.

I said that it would take a stroke of luck, but that I was trusting in my confidence in the brand-new Browning ammunition I was shooting to do the rest. Well, I’m back, and happy to report that I had copious doses of both good fortune and good shooting.

There is a much longer and involved story behind this, but the headline is that I killed the biggest mule deer of my life, a high-country giant that grew big and old (and remarkably fat) in a series of remote shale basins and timbered ridges of the Wyoming Range.

The buck has it all: mass, height, incredible forks, matching kicker points, and lovely meat. In fact, the longer I look at him, the more he resembles Browning’s iconic trademark, the spreading antlers of the “Buckmark.”

The 185-grain bullet that enabled me to hang my tag on him worked marvelously. I’m not proud to say that I missed the first shot (I’m claiming deflection, Your Honor), and had to take him going-away at a longer distance than I prefer to shoot. The bonded Browning bullet (I was shooting the new BXC big-game bullet) entered above his right hip and augured a channel through the length of the buck’s 300-pound body, lodging just inside the skin on the left front shoulder. I’ll take that performance any day.

While I was still on Cloud 9 (this is both figurative and literal. The basin where this buck lived tops out at nearly 9,000 feet), I helped my buddy Mike Stock hunt for a mule deer of the same caliber.

After a day and a half of glassing alpine bowls and tags of stunted timber, we horsebacked at dawn to a bowl where we had seen deer earlier in the hunt. Unbelievably, for high-elevation public land, we spotted 15 bucks as we worked into the basin. There, bedded in the head of the bowl, were two mature deer, a 3×4 with a crazy sticker point that probably gave him a 32-inch outside spread and a wide, heavy, beautiful 5×5.

Mike had to crawl out of the bowl and then creep over the headwall of the basin in order to get a shot, but he took his buck—the 5×5—just as the sun was rising over the Wyoming Range.

It’s Mike’s best mule deer, too, ample evidence of the bounty of Western public land, but also the first of what should be generations of Buckmarks taken with Browning ammunition.