If any animal can be said to define this magazine, it’s the grizzly bear. Outdoor Life’s founding editor, J.A. McGuire,... 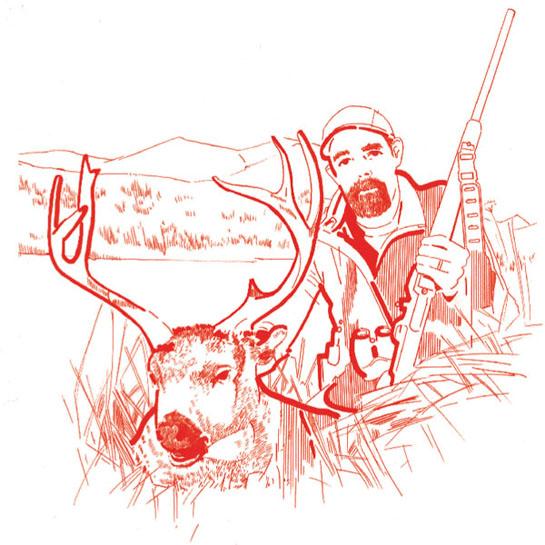 If any animal can be said to define this magazine, it’s the grizzly bear. Outdoor Life’s founding editor, J.A. McGuire, used line drawings of grizzlies on the covers of the first issues in 1898.

But forgotten in the imagery is OL’s role as an advocate of grizzly bear conservation. McGuire loved to hunt the great bears, and he grieved at their unregulated slaughter. McGuire was so passionate about conserving America’s remaining grizzly bears that he argued in these pages for restraint, and helped write legislation replacing the uncontrolled shooting of bears with hunting licenses and sanctioned seasons.

McGuire believed that as humans alter landscapes and dominate nature, we should leave room for grizzlies.

I wasn’t quite so charitable after my own encounter with a great bear, 20 years ago high in Glacier National Park’s backcountry.

My friends and I were walking back to our campsite after fishing the evening trout bite at an alpine lake. The bear came out of trailside brush the way a train might come through a picket fence. We screamed. We scrambled. And the next thing I knew, I was perched 30 feet high in a subalpine fir, hugging its trunk like a frightened raccoon.

I thought of my encounter with that Glacier Park griz as I worked with Frank Miniter on his feature. It details the expansion of grizzly bears out of Montana’s backcountry and into the margins of civilization. The big bears are increasingly showing up in wheat fields and even city parks, miles from wilderness.

It’s easy to demonize the big bears, to talk about their horrible power and their menace. But Miniter’s story is ultimately about how we need to live with grizzlies. The fact that grizzlies are moving into habitat that they occupied two centuries ago means that we have been good conservationists. We have created space for these big predators and the big-game animals they prey on. Because much of this habitat has been altered by humans, the conflict ahead is how to deal with bears in the context of people.

In many ways, it’s the same conflict that McGuire faced a century ago, and one answer is familiar: It’s time to license hunters to help control their numbers.

Federal protections could be lifted from Lower 48 grizzlies next year. Management responsibilities could be handed over to states. Sanctioned hunting should be a tool that wildlife agencies consider, especially as they look for ways to control the most aggressive bears that become habituated to humans.

I’d like to think that the return of huntable numbers of grizzlies to the Lower 48 would have made J.A. McGuire smile. After all, he knew that one measure of an outdoor life is the opportunity to encounter wild animals on their terms, not ours.