Whitetail Deer: The Fall Of My Discontent

Bow season has gone by the boards. There are precious few days left in my general firearms deer season and... 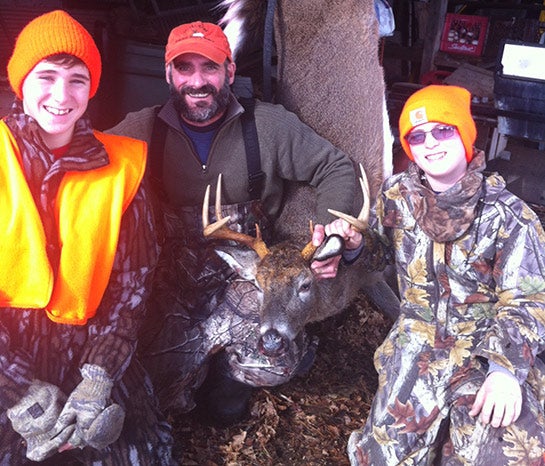 Bow season has gone by the boards. There are precious few days left in my general firearms deer season and although I’m far from ready to throw in the towel (muzzleloader season runs until New Year’s Eve), I sure do wish I could get a do-over on the 2013 deer hunt. In short, I blew the call worse than an NFL referee by completely misreading what the woods were telling me. It all started off well enough.

By early September my fall food plots were up and lush and I was staring at a bumper soft-mast crop. It was game on–or so I thought. It took multiple packs of Double-A batteries and 6 digital memory cards to convince me that my trail cameras were functioning fine, but I just didn’t have any deer. Meanwhile, just a few miles away, my friend, Marty’s, camera card was blowing up. In fact, at one point he had images of 8 different bucks on one of his cameras including a stud. So what did he have that I didn’t?

Fall turkey season turned on the lightbulb. While set up on a busted gang of jakes, I glanced down into the leaf litter at the source of my woes–acorns and beechnuts. Lots of acorns and beechnuts. I had badly miscalculated the mast crop. By now, bow season was well underway as was the rut. A drastic change in plan was in order, but I remained stubborn thinking that the hard mast would soon be depleted and my fortunes would change once the deer got back on my food plot/soft mast pattern. Wrong again.

As the hours tick away toward the final day of firearms season, I’m left bemoaning my fate. By now all 8 bucks on Marty’s trail cams have been accounted for including the 8-point shown here and an awesome 160-class 10-point taken the last week of bow season. Ugh.

With snow blowing in for this weekend and temperatures expected to plummet into the single digits, I’m banking on a big deer pattern change. But I’ve been wrong all season. I’m completely open to suggestions, gang.