Taking the Bait: My Stint as a Worm Charmer

My life as a worm merchant was short-lived—and putrid. Call it a confluence of accident and purpose. I was a... 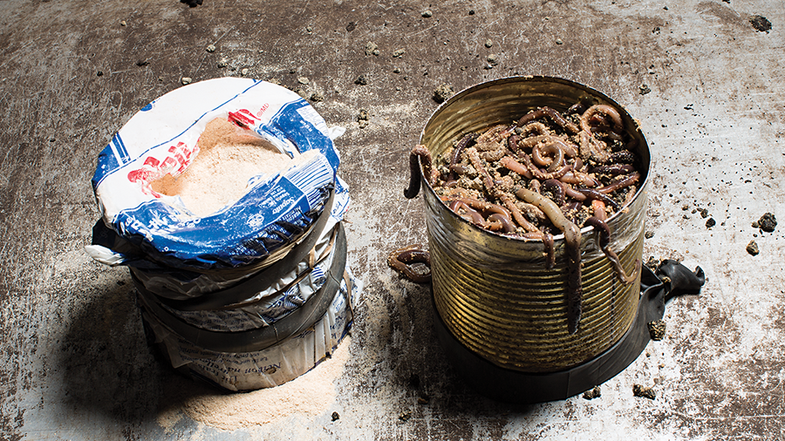 Pickers work the fields with a can strapped to each leg—one for ’crawler containment and the other filled with sawdust to dry worm-slimed fingers..
SHARE

My life as a worm merchant was short-lived—and putrid.

Call it a confluence of accident and purpose. I was a cross-country runner in college and spent most autumn weekends racing on golf courses around the Midwest. I was a fisherman, always scrounging for bait. I was a biology student. And I was desperately poor.

A sidetracked lecture in a biology class introduced me to the topic of worm charming. Sometimes called “worm grunting,” the idea is that if you can deliver the right tone and cadence of vibrations into the soil, earthworms will think predatory moles are on their tails and wriggle right to the surface, where you can scoop them up by the handful.

I was enchanted by this idea, and since I spent so much time on golf courses—bona fide nightcrawler heaven—I figured I could test this before and after races. I found a metal rod, wrapped it with audio wire, and connected it to a friend’s boom box.

I’d like to tell you I was overrun by a tide of sonically bewitched worms. The truth is that charming seemed to work—a little bit. I scooped up a dozen or so fat worms in an hour of grunting—only slightly more than I might have collected with a spade. But like most enterprises, worm grunting rewarded persistence, and after several sessions, I found myself tending hundreds of nightcrawlers in my college dorm room.

I persuaded the few other anglers in my school to buy them from me. I caught fish on some of my worms, deeply satisfied that I didn’t have to buy bait. I’d like to think that a do-it-yourself (and cheapskate) ethic is what got most of the “bait masters” whom we profile in “The Bait Bosses” started in the business. But while theirs thrived, my own business withered. Dried up, you might say.

The problem with keeping so many worms in a college dorm raised its sightless head a week or so into my career. The first worms died, and I spent more time picking out their gummy carcasses than I did charming fresh ones.

Then the conference cross-country meet arrived the same week as mid-term exams. I just didn’t have time to tend my flock, and one evening I opened my dorm room door to the stench of rotting invertebrates. I lifted the lid on my little worm farm, and it was worse than I expected. Dozens of dried squiglets surrounded the container, but the ones that were entombed in the damp soil were even more horrible. They stank worse than my roommate’s socks. As I flushed them down the toilet, I also flushed my dreams of making a fortune in the nightcrawler trade.