Who Cares About Whitetails?

Hello. My name is Andrew McKean and I’m a recovering whitetail skeptic. Maybe I should explain myself. I’m here to... 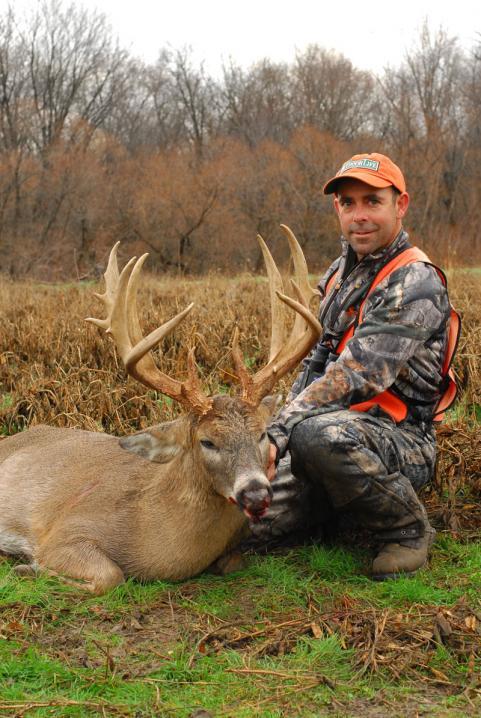 Hello. My name is Andrew McKean and I’m a recovering whitetail skeptic.

Maybe I should explain myself. I’m here to tell you that big bucks turn my crank. And I hope you become a Record Quest groupie who circles back to this site early and often.

But I wouldn’t be honest with either of us if I told you that white-tailed deer rule my life. In fact, for much of the last decade I gave whitetails about as much attention as that chronic rattle under the dashboard of my pickup.

It’s not that I’ve ever actually hated white-tailed deer. It’s just that for much of my life, I could easily live without them. For years, I’ve struggled to see what’s so cool about an animal that is as common as dirt, as familiar and unexciting as a pair of favorite shoes. While the rest of the hunting world drools and swoons over big bucks, I’ve been drawn to the wilderness valleys, and chased the elk that live there, and looked to the mountain sheep that are rare and majestic as heirloom gems.

Bighorn rams live in the world of my dreams. Whitetails occupy the world of the mundane, fixtures of the everyday landscape to notice–or ignore–on my way to town.

Given that prejudice, the deeper involved in hard-core hunting I got, the more I turned up my nose at whitetails. After all, if an overweight, sweaty insurance agent from Peoria could have the same degree of hunting success that I could–I who exercised relentlessly and who honed my hunting skills every day of the year–then what is the measure of a trophy buck? Is it the result of luck? Of spending more time in a treestand than the next guy? Of wearing the right scent-blocking camouflage?

Put another way, is killing a Boone and Crockett whitetail really an achievement to celebrate on par with killing a world-class elk? Or is it the result of leasing the right land, planting the proper food plot and relying on the unblinking eye of dozens of trail cameras to compensate for subpar woodcraft?

Tune in tomorrow for the rest of the story on my transformation from a whitetail snob to an all-out trophy buck hunter. But in the meantime, I’m curious about your perspectives. Do you get turned inside out by whitetails, or are they just something to hunt until something better comes along