Coyotes can now be found in every state of the Union. The First State–Delaware–is the final state in which the... 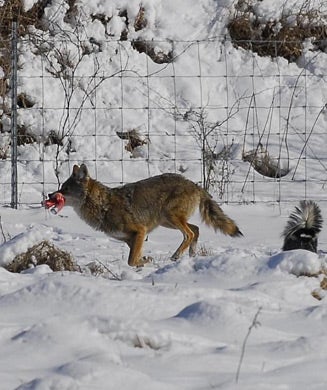 Coyotes can now be found in every state of the Union. The First State–Delaware–is the final state in which the opportunistic predators have been documented.

That may be surprising news to those of us who consider coyotes to be a part of the wild landscape, but it’s further proof of the relatively recent eastward expansion of the canines.

As Outdoor Life reported back in February, researchers tracing the evolutionary heritage of coyotes are finding that the Eastern seaboard’s population of the predators is significantly different from the Western coyotes. The East’s coyotes are larger, range more widely and are more likely to prey on deer than the smaller mammals that make up the diet of coyotes west of the Appalachian Mountains.

The reason: coyotes that are slowly populating the East have significant genetic contributions from Canadian wolves. Researchers note that the East never was coyote country. Instead, wolves roamed the hardwoods and tidal marshes before European colonists, and were pushed out as the area was settled.

The newcomer canines are Midwest coyotes arriving via Ontario, where they are hybridizing with wolves, then moving south into what is now vacant habitat for large predatory canines.

With Delaware’s announcement that all of its three counties have populations of coyotes, the colonization of the East is complete. And that’s further bad news for hunters who are wondering what’s happening to deer herds in some historically productive areas of the East.