Should hunting be a game, the outcome resolved with points and champions? Yes, at least according to Oklahoman Greg Koch,... 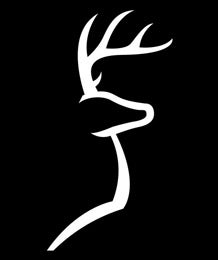 Should hunting be a game, the outcome resolved with points and champions?

Yes, at least according to Oklahoman Greg Koch, who is rolling out the latest perversion of hunting as a spectator sport with clear winners and losers, but no conversion of deer to venison.

Koch is touring the country this summer, proposing that his American Whitetail Authority sponsor a world championship of whitetail hunting.

It’s not a new idea. Recall the proposal a few years ago in which hunters armed with tranquilizer darts would stun bucks, measure their antlers and then wake them up with an antidote? Then there was Buckmasters’ competition that was intended to be “the Bassmasters of deer hunting” some 15 years ago.

But those were relatively modest enterprises. What Koch proposes, under his motto “Hunting Purely For Sport” is a deer-chasing competition in which a world champion could be crowned and presumably a nation of hunters would follow along on television. In fact, Koch says he wants his syndicate to promote deer hunting the way NASCAR promotes auto racing and BASS promotes freshwater fishing.

According to accounts, deer “hunters” would be armed with rifles topped with cameras that would take a photo when a blank is fired, recording the distance to the animal, but also antler points and mass. A point total would then determine the winner.

A video supposedly pitching this notion declares that the “marketplace is poised” for this type of competition, which would once and for all determine the best whitetail hunter in America. Cash payouts and “fierce competition” are lures to participants and the audience.

Call me hopelessly old-fashioned, but I don’t hunt for an audience. Neither do I feel empty inside because there is no world-championship of hunting. I’ll go a step farther and declare that it’s the thrill of possibly killing an animal that keeps hunting exciting for me. When I stalk an animal with my camera, I still try to get as close as possible and apply all my woodcraft, but without a gun or bow in my hand, the experience is somehow hollow.

I just finished seasoning thick whitetail steaks that are destined for the grill. This is the other reason I hunt: for the honest protein that is the ultimate reward of a successful hunt. For me, anyway, hunting is ultimately not purely for sport, and I hope it stays that way.