Get in. Strap down. Get set. Hang on! Today is the first official day of fall, and I’m ready. In... 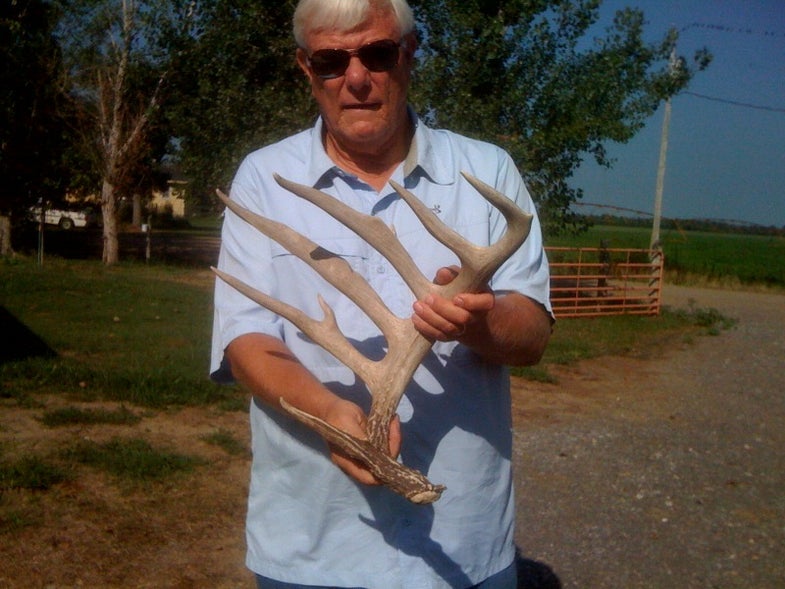 Get in. Strap down. Get set. Hang on!

Today is the first official day of fall, and I’m ready. In fact, I’m already in transit. Record Quest is hitting the road this week with a bowhunt in north Missouri. I’m taking a break from my home country in Montana to see if I can’t let the air out of a corn-fed giant. More on this Show Me state hunt in another post.

From Missouri I’ll fly back to Montana, then jump in my pickup and drive to Wyoming for a muzzleloader elk hunt south of Jackson Hole. Then I’m back to the Milk River to see if I can’t settle some scores with a whole passel of Pope & Young bucks that have been evading me since Montana’s season began three weeks ago.

Then in October I’m headed back to Missouri. My buddy CJ Davis, who helps a whole bunch of hunting companies — from Nikon to Montana Decoys to Winchester Ammunition — and I were originally going to hunt Illinois. But then CJ heard about a giant shed antler from a farm just across the river in Missouri, and he asked me if I’d like a change of venue.

Here’s a photo of the shed. It purportedly measures nearly 100 inches, and with a matching side and typical spread, it could give the Hanson Buck a run for its money as a new world-record typical. Yeah, I told CJ, I think I could come look around the property, as long as I can bring my bow.

I’ll be headed to Texas to end Record Quest in Lone Star style. In the meantime, I’ll be getting some help on the pursuit of trophy-class whitetails. Shooting Editor John Snow is headed to Alberta to chase big bucks in the Swan Hills, and he’ll head to Kansas for a late rut hunt. Senior Editor John Taranto is headed to Illinois to hunt a property that’s already collecting some whopper bucks on trail cameras. And Deputy Editor Gerry Bethge is going to Ohio later in the season to hunt Buckeye State bucks with a TenPoint crossbow.

So … fall is here. Follow along as we put the drop on some of America’s biggest bucks, in some of the continent’s best whitetail country.