I’m in Missouri today, the guest of Dave Forbes, the founder of Hunter’s Specialties, the giant hunting accessories business in... 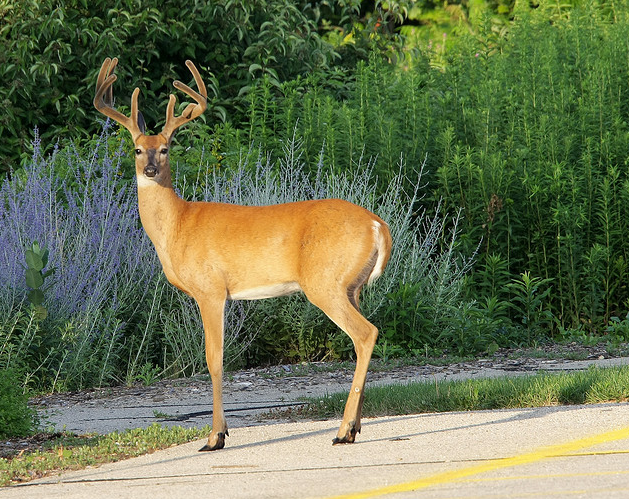 I’m in Missouri today, the guest of Dave Forbes, the founder of Hunter’s Specialties, the giant hunting accessories business in Cedar Rapids, Iowa. A few years back, Dave and his wife Carmen bought a chunk of ground in northeastern Missouri, just a few miles south of the Iowa line. It’s a place they had visited for years to hunt Eastern gobblers and big whitetails, and finally the prospect of owning some of this wildlife-rich ground was too great.

What the Forbes’s have done on their C&D Farms is create a whitetail paradise. Food plots, spiced with the company’s Vita Rack forage, dominate the landscape. Trail cameras keep track of individual deer and their movements, and mineral blocks supplement naturally obtained nutrition.

Most of these mineral blocks contain a special mix of vitamins and supplements designed to suppress tick populations. Dave has theorized, and his results seem to indicate, that a buck that doesn’t have to fight ticks can put more of its nutrition into growing big antlers.

In short, there are few variables that are unknown or unmanaged here.

Which begs the question: How much management is too much?

I’m all for shooting big whitetails, but last I checked they were still classified as wildlife. I put a lot of stress on that first half: wild. When do we manipulate feed, genetics and habits to such a degree that even though the animals are free to come and go at will, they behave as though they were domestic livestock? When have we altered the landscape to such a degree that the wildlife that use it depend on humans even more than their finely evolved senses of flight, caution and, well, wildness?

There are no simple answers. In my own country, whitetails thrive because we have converted the natural landscape of the Milk River valley into an agricultural landscape. How many whitetails would we have had in the natural condition, with sagebrush and buffaloberry? Not many, if accounts of early settlers are to be believed.

But compared to most other big game — think elk or mule deer or moose — whitetails are easy to condition. They tend to occupy small home ranges, they’re fundamentally creatures of habit, and they are suckers for an easy handout. But the thrill of hunting them is their elusiveness, their prodigious caution and the challenge of finding them in the right place, at the right time. Here’s hoping that we don’t “manage” them so thoroughly that we also destroy their essential wildness.