A strange, fast-acting malady may be killing whitetails in eastern Montana. Landowners are reporting to Montana’s Fish, Wildlife & Parks... 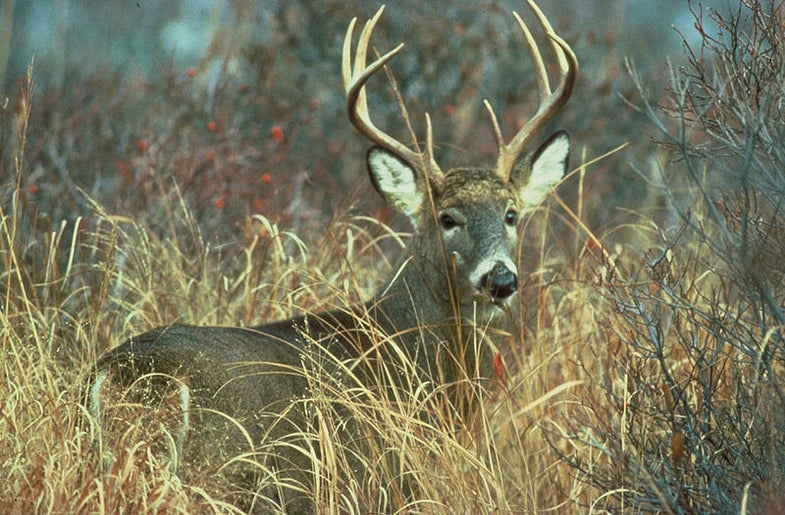 A strange, fast-acting malady may be killing whitetails in eastern Montana.

Landowners are reporting to Montana’s Fish, Wildlife & Parks offices that they are finding carcasses of otherwise healthy deer in hay fields and near water sources.

Sounds to me like early stages of epizootic hemorrhagic disease, or EHD (some folks mistakenly call this blue-tongue disease), which is transmitted by biting flies. But the people I’ve talked to say it doesn’t appear to be EHD.

For starters, this would be a strange year for the disease, which normally occurs in drought years, and affects mainly mature bucks. Preliminary reports indicate that all segments of the whitetail population–does, yearlings and bucks of all age classes–are being affected by this new disease. Plus, not all the dead animals are being found near water. Typically in an EHD outbreak carcasses are found near water, as the afflicted animals hemorrhage internally and suffer intense, unquenchable thirst before they die.

“Whatever it is acts really quickly,” says Ron Garwood, a rancher and farmer who lives along eastern Montana’s Milk River. “I was cutting wheat one day and parked the combine on the edge of the field. The next day I came back to the combine and there was a dead deer laying right beside it that wasn’t there the day before. It looked like it had struggled, because there was torn up ground all around it like it had kicked a lot.”

Montana’s archery season begins on Saturday, and many of you have seen trail-cam images of some remarkable bucks. Will they succumb to this mystery disease? I’ll be covering ground between now and Saturday, looking for carcasses, sick deer and keeping my fingers crossed that our herd escapes this malady.