I was wrong – or at least inexperienced – last week when, en route to Missouri to bowhunt C&D Farms,... 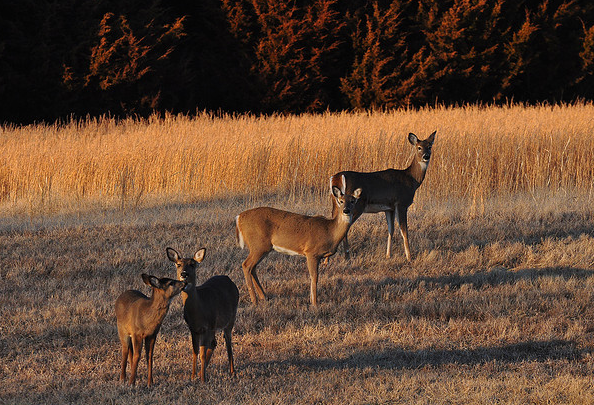 I was wrong – or at least inexperienced – last week when, en route to Missouri to bowhunt C&D Farms, I fretted out loud that I expected to find trophy deer with their wild gene removed.

I suggested that the deer-centric focus of this living laboratory might be a little excessive. I imagined that the lavish food plots, the web-broadcasting remote cameras and the single-minded focus on growing larger antlers might be taming down these otherwise wild whitetails. Nope.

I’m here to report that while deer on this 1,000-acre northeast Missouri farm are studied, monitored and evaluated, they’re hardly tame. I spent four glorious days trying to poke and prod a buck with the ultimate inspection tool: a broadhead. But I wasn’t able to bring in a sample for a necropsy.

Instead, I got busted here the same way I do by savvy whitetails anywhere. I was caught moving. I was in the right stand at the wrong time. The weather didn’t cooperate. I couldn’t get a shot through a screen of limbs.

The deer themselves weren’t to blame. Instead, the most ancient dynamic of hunting played out, with me as a central character. The deer were cautious and survived. I was capable but not lucky.

But here’s what I learned on C&D Farms, owned by the CEO of Hunter’s Specialties and the place where many of the company’s products are field tested. I learned that it’s possible to devote an entire farm to deer. Dave Forbes doesn’t run cattle here, or plant small grains for the commodity market. Instead, everything he does here is devoted to attracting, growing, monitoring and appreciating white-tailed deer. It’s a luxury to be able to hunt a place where the goal is to provide a satisfying hunting experience. And I was reminded that hunting satisfaction can’t always be measured in a dead animal.

I saw some dandy bucks, and my hunting partners for the week saw even larger deer, including some that caused the hunters to lose the ability to form sentences. Back at the farmhouse at the end of the day, describing their experiences, they used words like “giant,” “bruiser,” “The Dude,” and “unbelievably ginormous” to describe the deer they encountered.

As for me, I had a chance on my third day to arrow a big, strapping 4×4. He worked his way across a clover field with a gaggle of about 45 other deer, and I tied my release into my bowstring, certain that he was about to step into a shooting lane about 35 yards out. I mentally played out what would happen next. I’d draw when his head passed under some limbs, I’d put my 30-yard pin high on his back. I’d level my bow and control my ragged breathing and send an arrow into his vitals. I’d revel in the largest buck taken with my bow.

Only it didn’t happen that way. At 60 yards the buck got nervous in the swirling wind. He stirred and sniffed, then fed again, but he was way too vigilant. After a tense standoff, the buck changed course and fed away, and my chance at a Missouri whopper went with him.

I gained a lot from my time here – the chance to study 30-acre foot plots, to witness very wild deer switch from managed forage to wild acorns, and the education of hearing Dave Forbes evangelize about everything from whitetail nutrition to scent-free clothing. If tagging a whopper buck is the grand prize here, I earned a pretty satisfying consolation: an invitation to return next year. I expect that big 4×4 to be even larger, and probably just as wild.