Back Home in Montana

A great buck, a missed opportunity Here’s why I hunt: Because even when all the stars are aligned, even when... 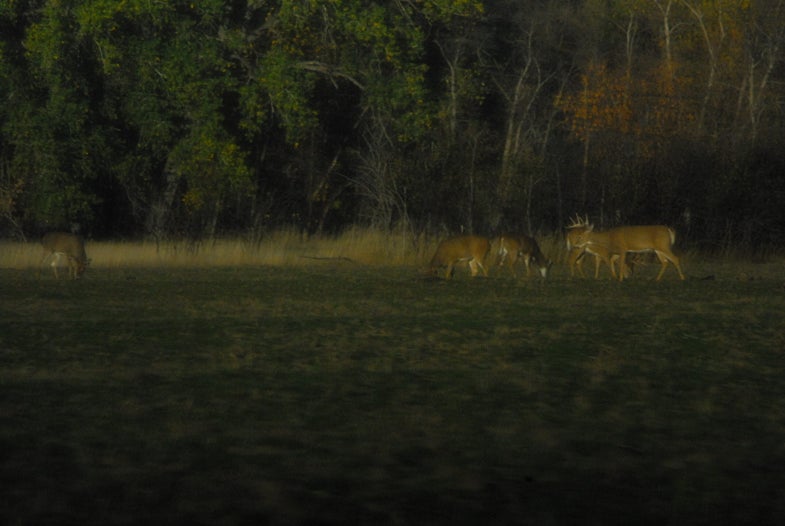 A great buck, a missed opportunity

Here’s why I hunt: Because even when all the stars are aligned, even when it seems like I’ll finally connect with a wild animal, the tiniest details can derail the train of certainty.

I’m back in Montana, hunting my home place, a series of alfalfa fields that border the Milk River. I know from trail cameras that there are some great bucks here. Maybe not world records, but a gang of 3-1/2-year-old bucks that anybody would shoot and at least a couple of older bucks that are remarkable.

I’m not going to hang scores on these deer, because in some ways that’s not what this hunting season is about. Instead, it’s about figuring out what makes mature whitetails tick, and communicating that so every hunter can have a dream season.

It seems I’m still struggling with some of those basics myself.

Because the wind was wrong for my treestands, I hunkered up in a ground blind, sneaking in to the shelter with about 80 deer feeding a couple hundred yards upwind. Then the deer started filtering past me on their way to another field. It was mostly does and twin fawns, but a couple of great bucks materialized out of the timber, and one really caught my eye.

He’s a solid 5×5, but what makes him remarkable is the frame. He’s wide, maybe 22 inches wide, and relatively tall, with mass that extends well out the main beam. And as I watched him, he fed toward my location.

Here’s where things went a little south. First, I knew it would be a long shot. Most of the deer departed my field through a line of grass about 45 yards from my blind. I’ve practiced that distance plenty, and feel comfortable making it, but everything has to be right to score at that distance.

I knew I’d have to grunt to stop the deer, and got my grunt tube ready to deploy. Then it was a matter of drawing my bow in the tight confines of the blind. I made sure my stool was well back, giving me room to draw, but as the moment of truth arrived, I realized I couldn’t draw my bow from a sitting position. I’d have to rise slightly to make my drawing mechanics work.

And that’s when it happened. The buck was entering the spot where I would kill him. I had the grunt tube ready to stop him, and I was just drawing my bow when the broadhead scraped against the inside of the nylon blind. The sound was deafening to me, and just enough of it carried to the buck that he bolted into the grass and was gone in less time than it takes to tell it.

An amateur mistake. But the thrill of being that close to letting an arrow fly was almost worth the embarrassment of flubbing the shot attempt. The best detail: that buck is still feeding, and I’ll keep my eye on him over the next couple of weeks.