He Shot My Buck

This has nothing to do with whitetails, nor any “records,” but it’s kind of funny, and I thought I’d share... 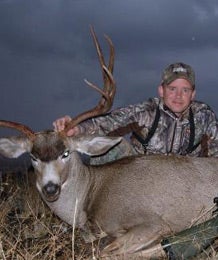 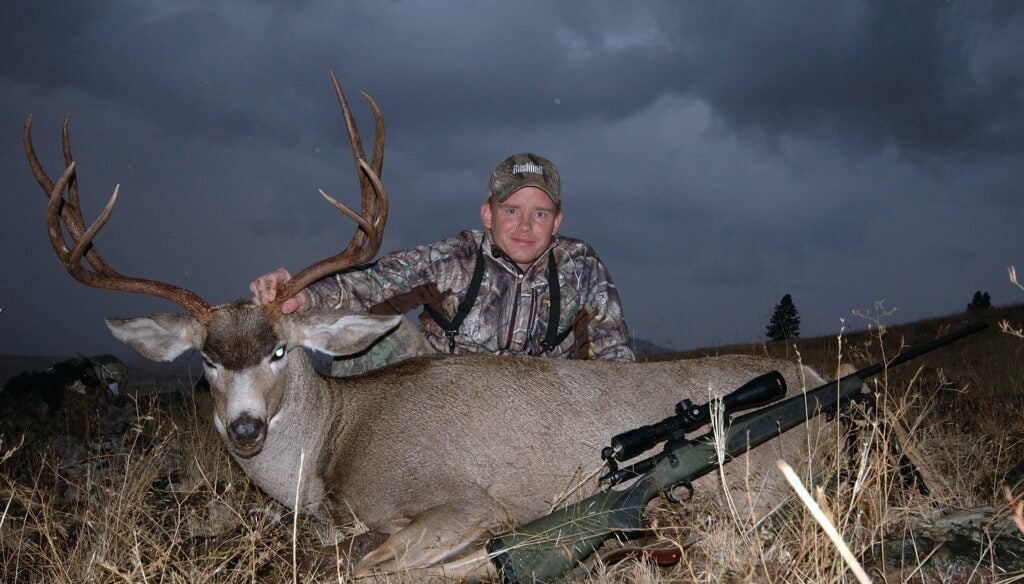 This has nothing to do with whitetails, nor any “records,” but it’s kind of funny, and I thought I’d share it with the rest of you.

Last October I travelled to Eastern Oregon for my first mule deer hunt, the story of which you can read in the November issue of Outdoor Life. In the story, I related the crushing experience of missing a stud muley buck due, primarily, to my bone-headed inability to remember to turn down the magnification on my riflescope. I had cranked it up to about 10x earlier in the day to size up a different buck across a canyon, and when the time came for me to line-up the stud–standing all of 120 yards away–all I could see through the sight picture was a fuzzy patch of light-brown hair.

Anyway, I got a buck later that same day (a modest 3×3 of which I was quite proud, given everything that went into the hunt), and have since gotten over my egregious stupidity. A few weeks ago, when I was in the process of writing the story for the magazine, I called the ranch owner to catch up and he mentioned that he’d been seeing the deer I missed and that he was confident that he’d guide someone to it this fall. I told him to be sure to send me a photo when he did.

Last Thursday I was sitting at my desk in the OL offices, minding my own business, when my inbox dinged signifying a new message. I clicked over to the program to see that the note was from former OL editor and current American Hunter Senior Field Editor Frank Miniter. The subject line read: “I got your buck!”

I knew that Frank was traveling this fall to the same ranch where I had missed that mule deer last year, so my heart immediately sank when I read the subject line. When I opened the attachment, my eyes went first to Miniter’s grinning mug and then to the massive rack on the buck he’s posing behind: My buck. I’m happy for Frank. After all, he’s a helluva guy and surely deserving of a fine trophy like this. But that photo opened an old wound for me.

As I prepare for another mule deer hunt at the end of this month, as well as the whitetail hunting I’ll do at my dad’s place in Central New York around Thanksgiving and an Illinois muzzleloader whitetail hunt in December, I’m reminded of the hard lessons I’ve learned hunting deer over the years, and know that when the moment of truth comes this fall, I’ll be damned sure my scope’s magnification is set right.

What are some lessons you all have learned the hard way in the deer woods? Swallow your pride and come clean in the comments.