By some estimates, between 25 and 30 million whitetails roam North America. In Record Quest, I’m looking for just one... 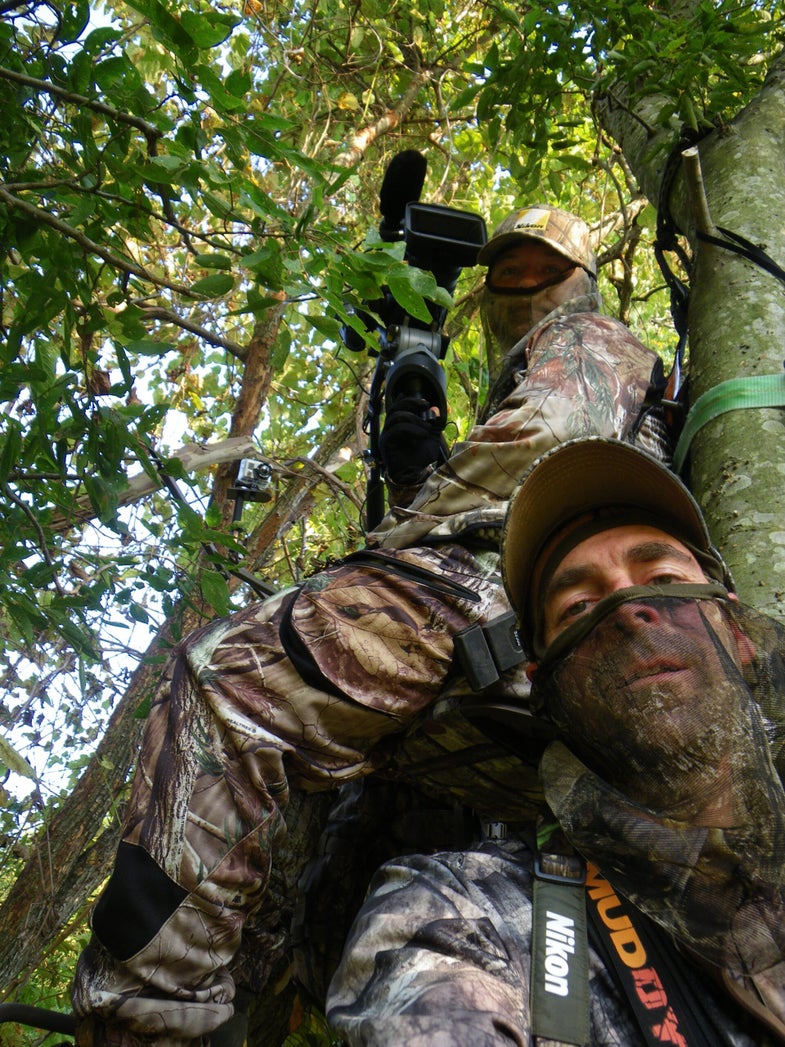 By some estimates, between 25 and 30 million whitetails roam North America.

In Record Quest, I’m looking for just one or two.

That’s the risk of trophy hunting. Kill a whopper and you’re a genius. Hold out for a remarkable animal and you’re more likely to go home with an intact tag than with blood on your hands.

That’s a long way of saying that I’m headed home from Missouri with a deer tag very much intact. After four full days of hunting southeastern Missouri’s Mississippi River Valley, I got trumped by the weather. It’s simply been too hot for the deer, which are bedded down until well after sunset, then feed all night under the waxing moon before heading back into the timber just before sunrise.

Here was my activity:

Morning 2 – Ground blind. Tons of activity as deer filtered back into timber from soybean and corn fields. Shot at mature gobbler. Had three fawns and two does nearly stick their noses in the blind’s window.

Evening 2 – Hunted the “Poison Ivy Stand” on edge of soybean field where I spotted monster buck. Spotted 8 doe/fawns and 5 smaller bucks, including one that walked right under stand. Also surrounded by coyotes – can’t believe that Missouri has formal coyote season, so I can’t shoot them.

Morning 3 – Hunted treestand in skinny tree that swayed noticeably any time either Stephen or I moved. Saw family of raccoons. No deer.

Evening 3 – Again sat on edge of soybean field. Spotted 6 does/fawns and 8 smaller bucks, including one that ran 550 yards on a dead run after I started rattling.

Morning 4 – Ground Blind. After earlier session here, I expected to get overrun with deer. But this time I never saw a deer, turkey or even a songbird.

Am I bummed? Yes, but that’s also the price I pay for hunting non-outfitted private land during an unseasonably hot spell. This property has all sorts of promise, and the landowner, who felt awful that we had rotten luck, has asked if I’d consider returning during Missouri’s December rifle or muzzleloader seasons.

The minute I get home I’m checking my calendar and domestic tolerance. I can’t wait to get back here, and I’m thinking late December, when the only food in the neighborhood is this soybean patch is the best time.