Earlier this week I reported sighting a big Missouri buck in the mist of sunrise. After we caught our breath,... 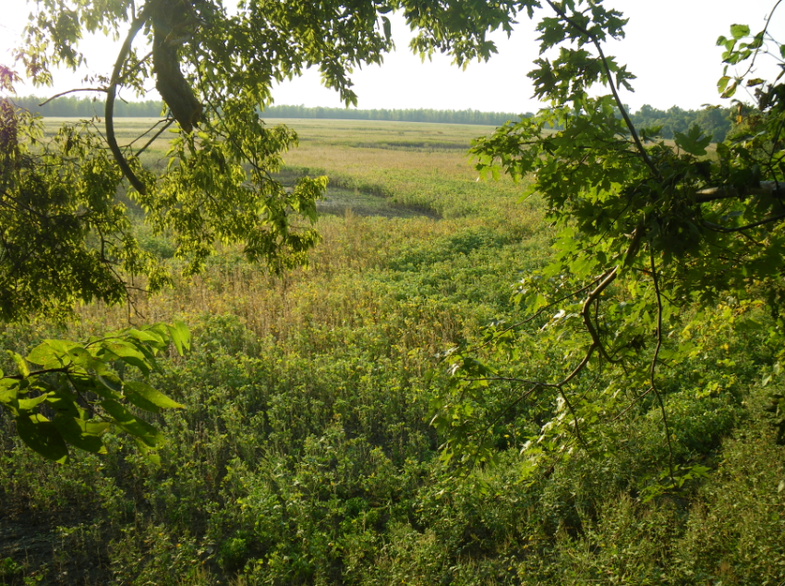 Earlier this week I reported sighting a big Missouri buck in the mist of sunrise.

After we caught our breath, we had a great discussion about our next step. I argued caution. A buck that big got old by being savvy, and I argued to give him room. But landowner Terry Hamby argued that since we know he wants to be in that soybean field, we should set up right in his kitchen.

We each had valid points, but in the end Terry prevailed, partly because I want to see this buck again, and if we set up a stand even a couple hundred yards closer, then maybe we could get him on video, if not within bow range.

The next step is to find the right spot, no easy task on a field edge so overgrown in poison ivy and brambles that even accessing a tree is a challenge. Problem is, there is no properly sized tree for a stand. Either the trees are old-growth sycamore or they’re limber little maples and hackberries.

Finally, though, we spot the wreckage of an old homemade metal tripod stand in a corner of the field, and the tree just behind it will serve. It’s a brittle hackberry, but the right size, reasonably straight and close enough to the field edge that we can see hundreds of acres of soybeans.

The problem with this tree, as I discover as I ratchet a ladder to its trunk, is that it’s festooned with poison ivy. Big, glossy three-part leaves and old evil-looking vines wrap all the way around the tree, more than 20 feet off the ground!

I might have pleaded allergies, and begged off the job of tethering the ladder to the tree. Or I could have argued for a different tree. But in the end, my eagerness to connect with that big buck overruled my better sense.

So tonight I’m itching like a flea-bit hound, wondering if the growing rash on my arms is going to erupt in blisters.

Hopefully the outcome is worth the effort. Two stands sit in the tree, one for my cameraman, Stephen Boulware. The one just below it is for me, and I hope it’s a platform that will host a deer killing, not just a lot of spastic itching.