I’ll admit it, I don’t like sitting in a deer stand when it’s raining, and if that makes me less... 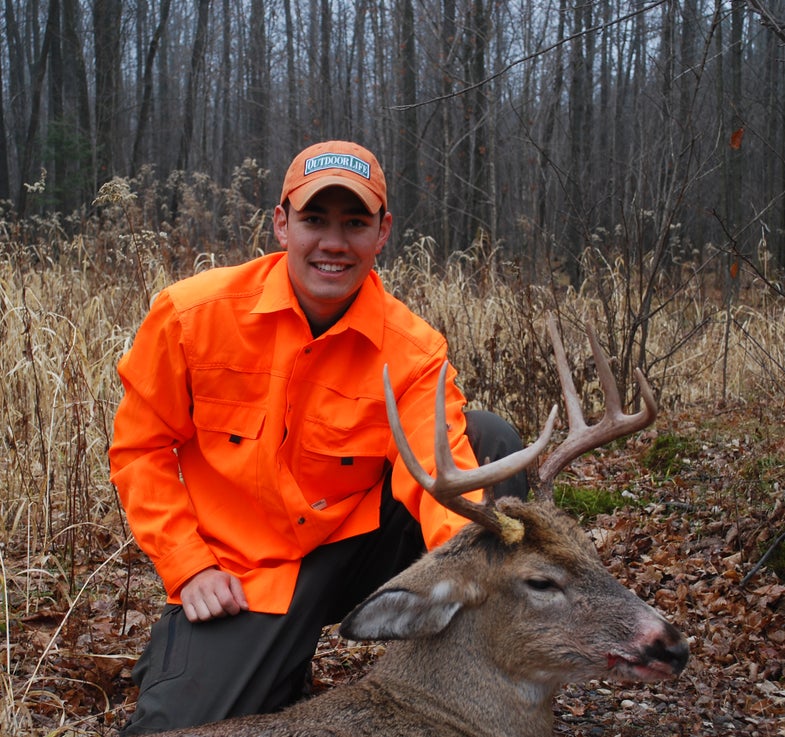 I’ll admit it, I don’t like sitting in a deer stand when it’s raining, and if that makes me less of a man, so be it. No matter how great your gear is, if you spend enough time hanging 20 feet above the ground in a tree when its damp, windy and cold, eventually you’re going to start to feel uncomfortable.

Those were the exact conditions I experienced yesterday during a deer hunt in Wisconsin. Sunday’s weather forecast called for overcast skies with light freezing rain by midmorning and possible showers in the afternoon.

While this may seem like the sort of weather that is more appropriate for duck hunters than buck hunters, the conditions were actually perfect.

Overcast skies, light winds and below-normal temperatures have been proven to increase deer activity. Also, rain can be a good thing — no, a torrential downpour won’t get deer moving, but a light drizzle usually will.

So on Sunday morning I was posted up in my stand (that my dad and cousin had hung for me, thanks guys) waiting for this weather formula to prove itself one more time. It did.

Shortly after first light this eight-pointer appeared out of the fog. I was surprised, but I shouldn’t have been. I actually shot a deer earlier this season on a bowhunt under almost identical weather conditions. A coincidence? I don’t think so.

Luckily I wasn’t so surprised that I was caught off guard, and I managed to make an clean shot on the buck (stay tuned for the full story and photos of my Wisconsin deer hunt).

To find out the weather forecast where you hunt and fish go to OL Weather.