You’ve seen a big buck at last light, and you know where he’s feeding. But he’s so savvy you’ll never... 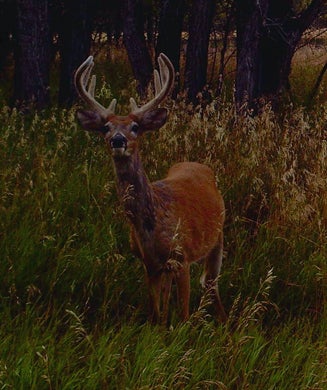 You’ve seen a big buck at last light, and you know where he’s feeding. But he’s so savvy you’ll never catch him in the open. So how do you kill him?

You put yourself between his dining table and his bedroom.

There’s a real science to intercepting deer on their way to their bedding areas without putting so much pressure on those security areas that they blow out of the country. How do you do it? First you have to recognize where deer will spend the day.

• Hunt a Barrier – Most whitetails, and especially older bucks, want to bed against some sort of barrier that will offer perceived protection from one direction. Maybe it’s a 4-lane interstate, maybe it’s a river or a railroad. Your job should be to get to these areas while deer are still out feeding. That might be hours before legal shooting light, but you want to be here in plenty of time that you don’t bump deer that headed to bed before sunrise.

• Fences, Roads and Shopping Centers – These barriers don’t have to be natural features. A property-dividing fence can act as a good barrier, and so can a gravel road or even a rural homestead. Deer will bed with their backs to areas where they don’t expect to see danger, so think about places that don’t get hunted: mall parking lots, wildlife sanctuaries, rural gravel pits, etc.

• Hunt a Trail – Some lucky few of you will find a good tree to set a stand in, but this is low-impact hunting, so you are better off just setting up over a trail and staying on the ground. You don’t want the wind right in your face, because any deer that gets behind you will wind you and blow, putting all the deer in the neighborhood on red alert. Instead, try to post up with the wind crossing the trail.

• Hunt the Edge – Don’t get too deep in cover. There’s a good chance — if you’re in the right spot — that you’ll encounter deer beds just inside the denser cover. Instead, stay on the edge of a field or a stringer of timber, places where you can observe deer movement as well as be in place to make a shot if you get one.

• Stay Put – This isn’t time to prospect. Stay put until deer are finished trickling into cover. If you’re in the wrong spot, wait until deer are in their beds before moving or scouting for tomorrow’s place.

• Hunt the Evening – If you find a particularly well-used trail, or your scouting finds an active bedding area, find a place where the wind is right and where you can post up in the evening. Those nocturnal bucks probably won’t come out of cover until after shooting light, but with the rut approaching, or just prior to a severe winter storm, you’ll see deer move earlier in the day. And once you find where they spend the day, it’s just a matter of time before you intercept them moving between their bed and their groceries.