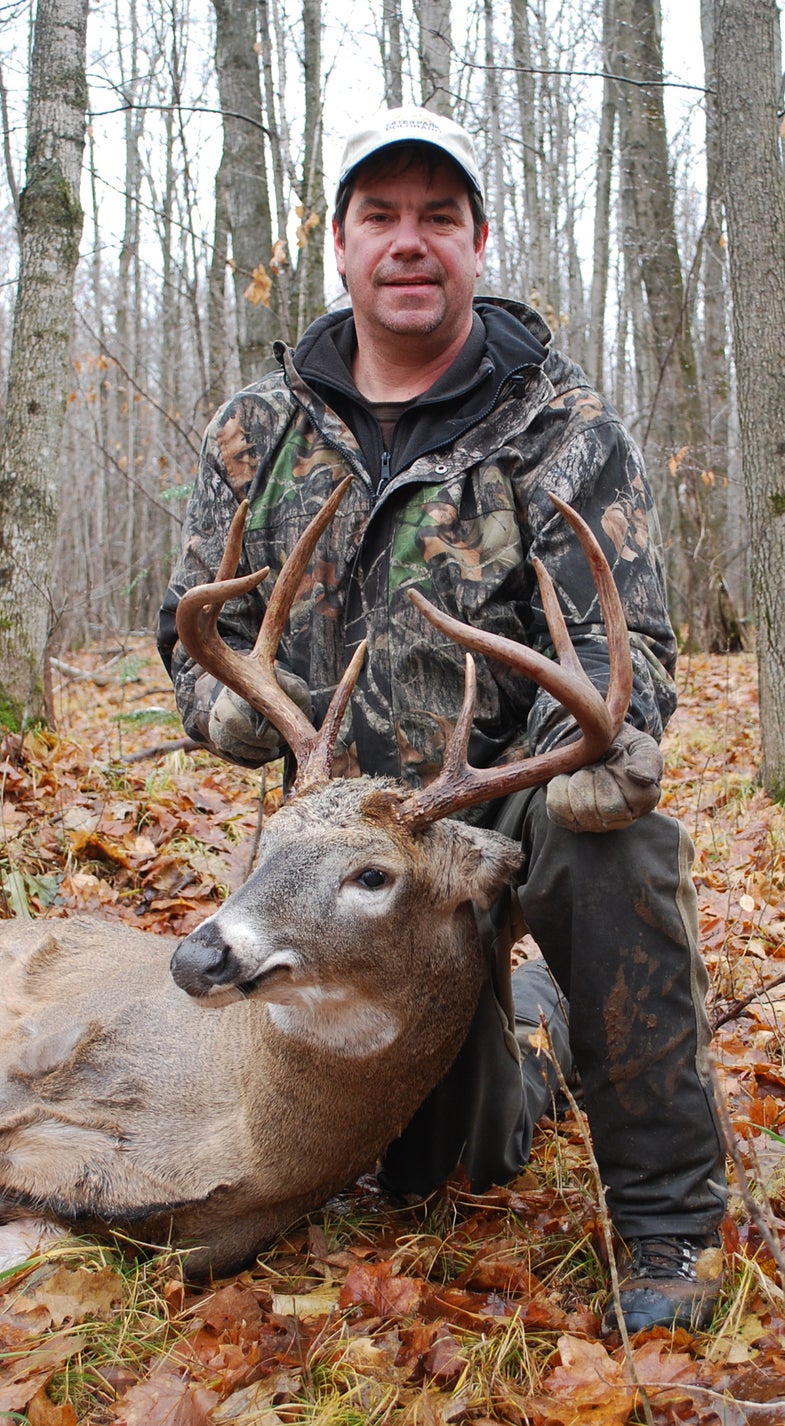 In four hours I’m going to step on a plane and fly from New York city back home to Wisconsin for the state’s most important weekend: gun season opener. Opening weekend of deer season is a big deal in almost every state, but in Wisconsin it’s a cultural experience.

On Friday the highways will be flooded with blaze orange-filled trucks as more than 600,000 deer hunters head for their hunting cabins, shacks, trailers and camps. The state’s tourism relies heavily on deer hunting and almost every gas station, grocery store and bar has a big orange or camouflage sign that reads “Hunters Welcome.” Deer hunting is so ingrained in the state’s culture that Scott Walker made improving the deer herd part of his campaign message when he was running for governor this year. He won.{C}

There’s no doubt that Wisconsin’s ability to consistently turn out trophy whitetails has a lot to do with the popularity of deer hunting. Already this year a hunter has potentially broken the archery state record by shooting a 188 2/8-inch typical bruiser [ read the story here ]. The possibility of a deer like this stepping out on Saturday morning has kept me, and a lot of other cheesehead hunters, sleepless these past few nights.

But I have to admit that I’m more excited about the camaraderie that opening day brings than I am about the potential of killing a trophy buck. This weekend I’ll be hunting with my dad, brother, cousin, uncle and grandpa on the same property in central Wisconsin that we’ve hunted for the last 13 years. Every year we eat at the same restaurant, sleep in the same bunks, make the same bad jokes and retell the same stories. Tradition isn’t a strong enough word.

There aren’t many Boone and Crockett bucks where we hunt, however we do see, and sometimes even kill, a few nice deer (the photo posted with this blog is my dad and a buck that he killed last season). But for us, and a lot of hunters out there, the size of the antlers isn’t as important as the memories made chasing them.

And that’s really what opening day is really all about.