On Stand in Illinois

I’ve come to west-central Illinois for the late muzzleloader season and one last shot at a monster whitetail in 2010.... 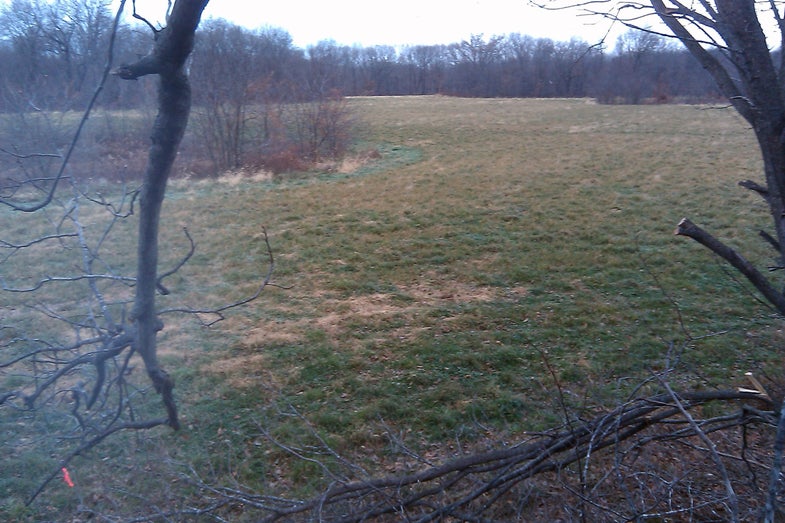 I’ve come to west-central Illinois for the late muzzleloader season and one last shot at a monster whitetail in 2010. I’m hunting with Tim Richardson and Richardson Farms Outfitters. Tim has property in Adams, Brown and Schuyler. We’re hunting in Adams. I’m hoping to smoke a big buck with a Traditions Vortek muzzleloader.

This morning started promising with several does and a one-sided spike buck emerging into the hay field over which my ladder stand looks just after sun-up. However, when they eventually moved back into the timber, that marked the last deer activity I saw this morning.

It’s about 30 degrees and overcast here, with a few snow flurries. Combined with a waning crescent moon phase, conditions seem prime for some excellent hunting this afternoon and the next three days. I’ll be sure to keep you posted.