Think you’re pretty good at judging the age of a whitetail deer as it feeds out of timber and gives... 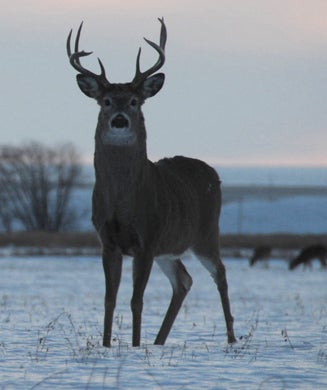 Think you’re pretty good at judging the age of a whitetail deer as it feeds out of timber and gives you a good view of his antlers, the line of his back and the sag of his belly?

A fascinating new study by Oklahoma’s Noble Foundation suggests that even trained deer observers are wrong about two-thirds of the time when asked to judge the age of deer on the hoof.

The ability of a hunter to quickly and decisively judge the age of a deer is one of the foundational principals of modern whitetail management. Want to grow bigger bucks? Then let the younger ones walk. Well, in order to close the circle on that decision, you’d better be able to tell the young bucks from the old ones.

The foundation’s researchers asked 108 deer biologists to look at photographs of 70 wild, free-ranging bucks of known ages, and then estimate their ages. The average percentage of correct estimates was an astounding 36 percent!

As you might guess, the age class with the highest observer accuracy was yearlings, but still only 62 percent of the biologists correctly estimated age at this most distinctive age class. Equally astounding was that only 15 percent of 6.5-year-old bucks — the real trophies of any deer population — were correctly aged by the study participants.

The study author correctly notes that lots of variables can confound age estimation, including a wide variability of physical characteristics, aspects of viewing angle, cover and light conditions. But simply knowing that aging deer on the hoof is a highly inexact science should help you understand the risks of misjudging a deer. Unfortunately, that’s not the sort of creeping doubt that you want on you mind just as you’re pulling down on what you think (and hope) is a mature buck.