Lessons of the Hunt: Have a Backup Plan

In early December I hunted some of the most legendary whitetail country in North America: western Illinois. It was the... 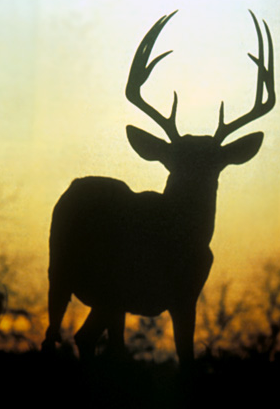 In early December I hunted some of the most legendary whitetail country in North America: western Illinois. It was the state’s late gun season and I was hunting with Richardson Farms Outfitters. Tim and Jeff Richardson own or lease some 10,000 acres of land in Adams, Brown, Cass and Schuyler counties on which they hang approximately 350 stands.

Most of those stands are situated on the edges of fields that are planted with everything from clover and wheat to corn and sugar beets. In normal years, those crops are deer magnets throughout the season, but in 2010, Illinois experienced an absolute bumper crop of acorns. Therefore, whitetails didn’t need to venture into the fields to eat, they could hole up in the timber and feast on the nutrient-rich oak fruit. We hoped and prayed for a couple inches of snow that would cover up the acorns and force the deer to feed out in the open, but it never came.

As you can imagine, this made big-buck sightings few and far between. In fact, aside from a 130-class 3.5-year-old I saw in the waning light of my second day on stand, I didn’t see a true bruiser characteristic of the region until 20 minutes before the end of legal shooting light on the last afternoon. He paraded across the top of a cut cornfield with 4 or 5 immature bucks and a dozen or so does, never coming within range of my Traditions Vortek muzzleloader.

So, what did I learn from this hunt? For starters, just because you invest dozens of hours and thousands of dollars planting and maintaining food plots, don’t put all of your eggs in one basket by positioning all of your stands on those plots. Seek out natural funnels, bedding areas, travel corridors and rub lines, and stick back-up stands in those spots. I hunted a couple different timber stands at Richardson Farms, and they produced most of my deer sightings.

The second lesson I learned on my Illinois hunt was from a piece of advice from Tom Hall, president of Traditions Performance Firearms. As we were driving back to St. Louis to catch our flights home, I replayed aloud my close encounter with the 150-class buck and lamented my decision to let the 130-class –a buck I would proudly display on my wall–walk on the evening of Day 2.

For more Record Quest Conclusions got to: Lessons of the Hunt