Lessons of the Hunt: Better to Be Lucky

As an editor for Outdoor Life, it’s part of my job to look at photos of trophy bucks and interview... 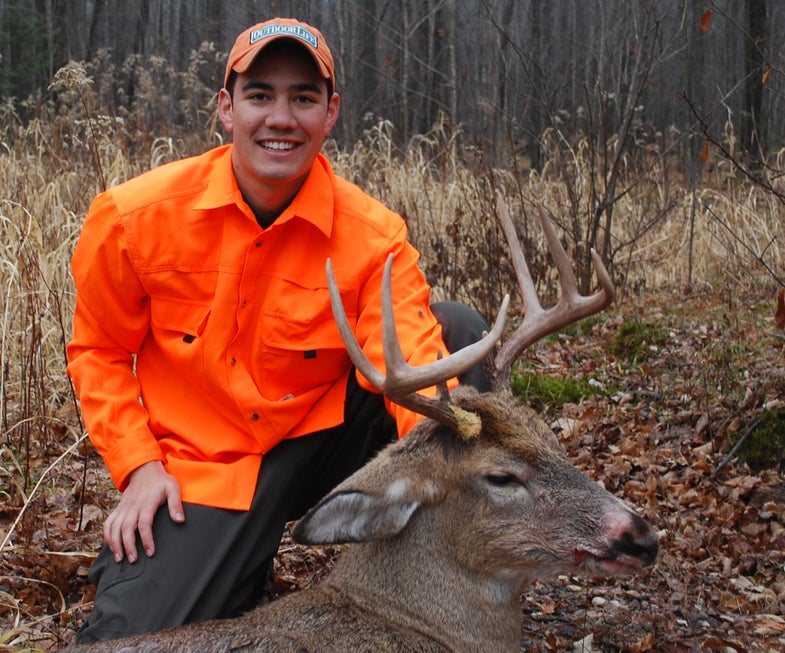 As an editor for Outdoor Life, it’s part of my job to look at photos of trophy bucks and interview the hunters who killed them. I interviewed about 10 different hunters who took Boone and Crockett or Pope and Young bucks this fall and there was one constant in every case: they were graced by lady luck.

Now don’t get me wrong. The guys I talked to were hardcore whitetail hunters who not only hunted hard, but hunted smart. They spent days, weeks and even months in the stand waiting for the right buck. They rattled, called, used scent control, monitored their land with trail cameras and had the discipline to pass on smaller bucks.

But with that being said, there were hundreds of thousands of whitetail hunters across the country who were just as capable and dedicated, but went home with unpunched tags this fall. Many of these hunters will go their whole lives without killing a record book buck.

And so went my 2011 season. At the start of the deer season I moved from Wisconsin to New York and had only a precious few days to hunt.

But for some reason, the hunting gods smiled upon me this fall. I sat in a stand for a total of only eight days and was able to take two 8 pointers.

Neither buck was huge, but for the areas I was hunting they were shooters hands down. The two bucks will never make any sort of record book, but I couldn’t care less. I killed one deer on public land and another on a hunt with my family back home in Wisconsin.

It was one of my best, albeit shortest, deer seasons.

The bucks are trophies to me and I took them the way almost all hunters kill trophy deer: hunting hard and getting a little lucky.