Lessons of the Hunt: Home vs. Away

When my Record Quest season ended without me dethroning Milo Hanson’s position atop the all-time list for typical whitetails, I... 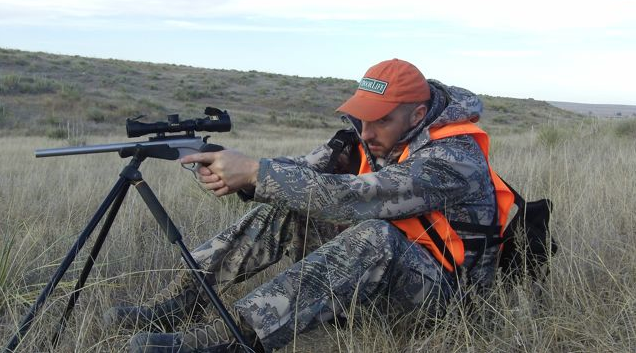 When my Record Quest season ended without me dethroning Milo Hanson’s position atop the all-time list for typical whitetails, I can’t say I was especially surprised.

There are only two ways to kill a world-record whitetail–to live in the same general area where such deer might be found or to travel to their turf and hunt them there. Where I live in southwest Montana we have some fine whitetails but I don’t think any of my buddies here is going to claim that number-one spot with a locally shot deer.

So this fall I traveled for whitetails. I had two destinations that were especially promising, western Kansas and Alberta. The hunt in Kansas took place in December during the firearms season and the huge ranch I hunted on had the makings for some terrific action. A large creek meandered through much of it, carving a serpentine route of thick bedding ground through the prairie surrounded by thousands of acres of ag land planted with winter wheat or covered with cut-over grain stubble. As the only major source of water in the area, it was the very definition of a deer magnet.

As it also hadn’t been hunted seriously for several years you can understand why I was optimistic when I cased up my 6.5 Creedmoor for the trip.

While I saw some large bucks, the truly mature deer were all broken off by the rigors of the rut and, I suspect, by some combination of genetics and soil quality that contributed to weaker antlers. But the potential for a whopper was there and I wouldn’t hesitate to give it another go.

The Alberta hunt didn’t happen. My friend who I was going to hunt with had to cancel, which often happens when you travel to hunt. I’ve come to accept this as one of the variables, like the weather, that can throw a hunt out of whack that you don’t have control over. I’m hoping to reschedule for next year.

Was my Record Quest a bust? Not by a long shot. I spent a week with my family in deer camp in northern Michigan, hunting mostly with my brother and son. I had no expectation for large antlers on this hunt–that just isn’t in the cards on the family farm–but for the hunting experience itself it couldn’t be beat.

My son, Jack, now 7, has the hunting bug something fierce and watching his young skills as an outdoorsman bloom gives me more joy than spotting a 180-inch buck. He was our official blood tracker for the deer we shot and he made three fantastic recoveries while following sign in the fading light through a swamp.

These months later his sense of accomplishment is as strong as ever. Just the other night he asked me if I thought he had done a good job on those deer and when I told him yes and that I was so proud of him he lit up like a dawn on a clear day.

There’s no way to put an antler score value on that.