Lessons of the Hunt

Deer season is finally over. My rifle is oiled and stowed in my safe. My bow is waxed and cleaned... 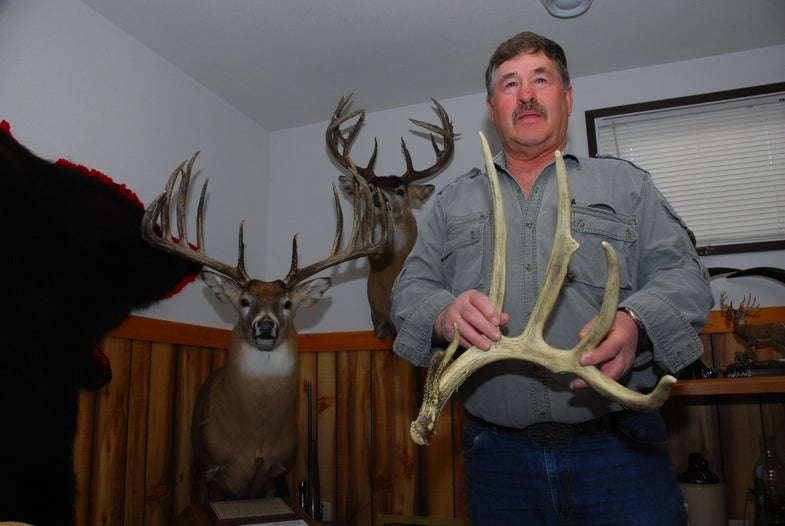 Deer season is finally over. My rifle is oiled and stowed in my safe. My bow is waxed and cleaned and in its case and, anyway, it’s too cold outside to shoot the 3-D target still standing, forgotten and forlorn, at the end of my barn.

After nearly four months of hunting whitetails, from the sticky, mosquito-heavy evenings of September here on Montana’s Milk River to the crisp afternoons of Illinois’ shotgun season to the balmy December days of Texas, I can finally put a period on Year 1 of Outdoor Life’s Record Quest.

You may recall how we kicked off this program. It was in Milo Hanson’s pickup truck, parked in a lonely Saskatchewan wheat field, looking over the very spot where he killed the world-record Hanson Buck on a frosty morning back in 1993. If you’re looking for evidence of the transformative nature of deer hunting, look no farther than Milo, who catapulted from an obscure Canadian wheat farmer to worldwide celebrity thanks to one remarkable pull of the trigger.

My visit with Milo was back in March, which means 2010 for me was the year of Record Quest. This was a program that promised to dive deeply into trophy buck hunting, not only to tell the story of why big whitetails matter to American hunters, but also to provide tips, tactics and intelligence on how to hunt the biggest buck of your life no matter where you live.

We weren’t content to be merely reporters. Instead, we Outdoor Life editors became participants, and traveled the country pursuing legendary deer in some of the top trophy areas of the continent. We hunted Missouri (twice), Illinois, Ohio, Texas and Kansas. We traveled to Iowa and hunted home woods in Massachusetts, Wisconsin and Montana.

We added Record Quest content to the magazine, we posted deer encounters here online, and we even took to the airwaves thanks to a partnership with Versus Network. And no, I didn’t kill the next world-record buck, but Record Quest was less about a specific animal than it was about telling stories of trophy hunting in general.

Now that I’m starting to refer to the first year of Record Quest in the past tense, some conclusions are starting to gel. I’ll add to this roster all this week, but here are some initial thoughts:

• Big Bucks Will Rattle You – I started this program calling whitetails “woods carp” and feeling like America’s favorite game animal has been way overrated. Then I started encountering big, savvy, mature bucks. Now I see why they’re a big deal. An old whitetail buck is a colossal challenge to kill, and you can’t be in the presence of one and not come unglued. I experienced this classic “buck fever” about four times this year, and I cherish every one of those encounters.

• Trail Cameras Will Deceive You – Thanks to Bushnell’s Trophy Cams, this was my first year to get deeply involved with remote cameras, and I quickly became a convert. There’s no better scouting tool. But trail cams will also set you up for unrealistic expectations. I saw two bucks on my cameras in August that I looked for all season, but I never saw them in the flesh. Where did they go? Were they simply passing through? Did they stay on the neighbor’s land? Were they killed early in the bow season by another hunter? All I know is that my trophy calibration was based on these phantoms, and I passed plenty of great bucks while waiting for these deer that never showed up.

• Intensive Management Encourages Privatization – I’ve become a little numb to the lengths that some hunters will go to manipulate habitat, forage and even the genes of the deer they hunt. Growing trophy racks on bucks has become one of the fastest growing segments of the outdoor industry, and while I’m getting more savvy about food plots, I also recognize the ultimate futility of trying to intensively manage free-ranging whitetails. I still consider encountering a big buck on my own land a happy accident. It’s an essentially American tradition that no one owns these wild animals. But the more you invest in food plots, mineral sites, remote cameras and other trophy management tools, the more entitled you feel to these deer. It’s a short reach from naming the deer at your constantly refreshed bait site to putting up a fence around your property and turning a public resource into a private commodity.