10 Reasons You Don’t Want Elk Restored in Your State

Everybody wants elk to return the land they once occupied. Right? Wrong. Turns out that more than a few Debbie... 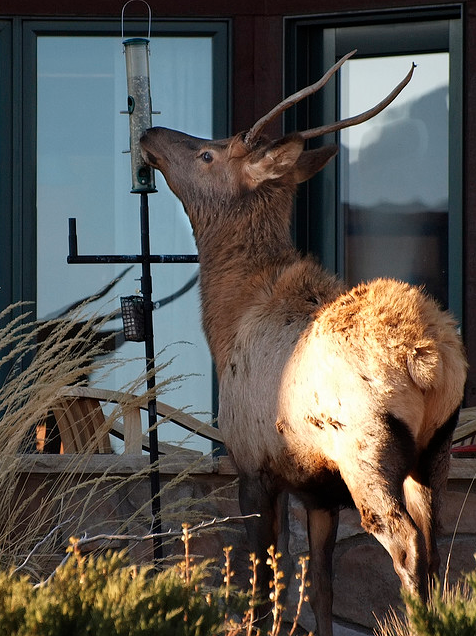 Everybody wants elk to return the land they once occupied. Right?

Wrong. Turns out that more than a few Debbie Downers are raining on the homecoming parade for elk in Missouri, and some residents of Kentucky also are less than enthusiastic about the return of Cervus elaphus.

Last week I covered the reasons why you want elk restored to your state, but there are two sides to every coin. Here are a few reasons you might want to think twice before you open your arms to embrace the restoration of elk in your state:

1. Their Appetites
Elk eat everything. Well, everything green, that is. As valley-floor farmers from Montana to New Mexico can tell you, elk don’t care if it’s high-dollar alfalfa or sugar beets or Aunt Lorna’s carnations. When they get pushed off public ground, or increasingly impaired winter range, they go where the groceries are.

3. One, Two, a Herd
Deer live secretive, largely solitary lives. By comparison, elk are herding animals, and where you find one, you’re likely to find dozens more. That means the cumulative impact of elk can grow exponentially. That’s what residents of Stoney Fork, Kentucky discovered. According to press reports locals first welcomed elk, but now consider them pooping, depredating nuisances.

4. The Non-Hunted
Almost everywhere they are restored, elk are managed through public hunting. But it takes time to grow herds to the size where hunting can be justified. In the interim, non-hunted elk become oblivious to people, and as the folks in Stoney Fork realized, elk that hang around humans become wards of the state in the worst way, begging for handouts, loitering in public areas and generally giving wild, free-ranging elk a bad name.

5. First Elk, Then Wolves
Be careful what you wish for. The same argument that resonates so deeply with elk restoration — that they belong on the same landscapes where they evolved — also works for other, less universally desirable critters. Think elk have a place? Then so do wolves. And grizzly bears.

6. Long Odds of Hunting
Yes, elk should be (and are) managed through public hunting. But equitably distributing a handful of hunting licenses to the many thousands of applicants means that most of us will end up reading about someone else’s hunt. Are you willing to apply for 45 years for an elk license in your state with no guarantee that you’ll ever actually draw one?

7. Private Land, Public Wildlife
In the West, elk represent a really difficult management challenge. They are a public resource, but especially where they get hunted hard or hounded by wolves, they tend to gather on private land where they’re protected from hunters and predators. So how do you manage a resource without access? Montana is on the leading edge of addressing this issue, but there are no easy answers. Do you create incentives to encourage owners of these private refuges to allow public hunting? Do you herd elk off places where the public can’t hunt them? This is in a state with a large percentage of public land. The issues get only harder in states with primarily private landholdings.

8. Disease Vectors
Elk can transmit disease, not only to humans (tick-borne Rocky Mountain Spotted Fever, lupus and tuberculosis) but also to livestock (Chronic Wasting Disease and brucellosis). A wide-ranging study in the West indicates that elk are probably responsible much more than bison for transmitting brucellosis to cattle. And a cattle herd infected with this disease that causes calves to abort is hard to sell, thereby reducing the value of a high-dollar agricultural commodity.

9. Colossal Distractions
Many states are struggling to maintain a sustainable whitetail herd. Now they want to add elk to the mix?

10. Interior Decorations
Finally, there’s the nettlesome issue of what to do with that trophy bull. First, the cost. Figure on up to $750 for a shoulder mount. And then where are you going to put it? A bull with 50-inch main beams takes up plenty of vertical real estate. Are you going to have to build an A-frame cabin just to accommodate your mount? Bet you didn’t think of that when you advocated restoring elk to your state, did you?