Development vs Conservation: How Much is Elk Habitat Worth?

In a time when billionaires get tax breaks and NFL team owners complain that their profits are too small, it... 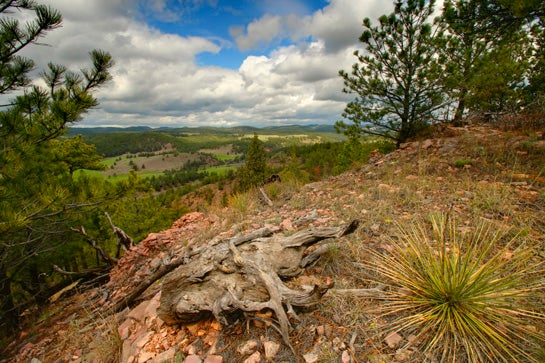 In a time when billionaires get tax breaks and NFL team owners complain that their profits are too small, it can seem like there’s no such thing as enough money. But, here’s a story from South Dakota about a rich guy doing the right thing. Let it serve as a little ray of hope.

Bill Whitlow, a wealthy 63-year-old from Virginia, was ready to sell 2,400 acres of prime elk habitat in the Black Hills. Whitlow was sitting on a goldmine. Suburban sprawl was creeping in around him, and he could easily dump the ranch to developers for about $14 million. But, he ended up selling the land to the Rocky Mountain Elk Foundation for about half as much. So, instead of being chopped up and developed, the property will be added to the Black Hills National Forest and preserved as wilderness.

Why didn’t Whitlow take the money? “I just did not want to see it broken up,” he said. “It did so much for me that I could not stand to see it developed … I felt like I did owe the land something.”

Whitlow and his wife bought the ranch, which was trashed at the time, in 1992 as a financial investment. Whitlow planned on rehabilitating it, attracting elk and then selling. He knew the property would be worth more if it held elk, so they picked up scrap metal, hauled rocks and mowed the prairie grasses, which soon grew back in full force.

In the early 90s it was tough to find even an elk track on the ranch, now an estimated 400 wapiti frequent the area. Whitlow is a hunter and took some nice bulls off of the ranch. He also let neighbors and even strangers hunt there, but he had one rule: they had to leave their trucks at the gate.

“You’d be surprised how many people that deterred,” he said.

Over the years, the ranch became much more than just an investment for the Whitlows. So last year, when Bill felt like he could no longer take care of the property, he turned to the RMEF, which had been a part of the rehabilitation process from the beginning.

The vast majority of the ranch will now be open to the public for recreational use, including hunting, and Whitlow will be able to comeback and visit any time he wants.

Now only if we could get Wall Street and the NFL to follow Whitlow’s example.