I can’t recall another time when I hoped that I didn’t see a big bull. But it was so hot... 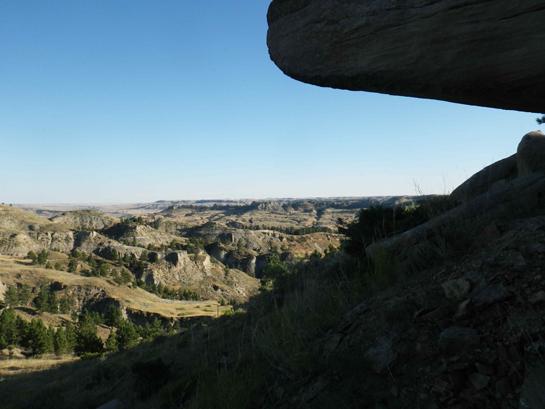 I can’t recall another time when I hoped that I didn’t see a big bull. But it was so hot last weekend in the Missouri River Breaks that I fretted what I’d do if I actually got an elk on the ground.

Would I phone in a helicopter retrieval? Race to dunk roasts and loins in the cool water of Fort Peck Reservoir, two miles away and 500 feet in elevation below me? Hang ribbons of meat in trees to cure like Sioux jerky?

By the time I threw in the towel yesterday and started hiking out of the interior of the breaks, the temperature had hit 90 degrees. I’ve seen elk spoil in temperatures around freezing, so my worry about losing meat was both understandable and laughably irrelevant.

Irrelevant because the heat shut down elk movement the way a closing pitcher’s cutter shuts down batters. The only real activity was the hour after sunrise and again about two hours before sunset as elk moved out of shade to graze and work their way to the only water around, the shoreline of the reservoir.

Knowing that pattern actually got me close – twice – to bulls that strung along with cows and calves on their way to water. The area of the breaks I hunted is so rough that elk use the terrain like mountain animals, crossing gumbo ridges through well-traveled notches and passes. I waited at one of these notches, an arrow nocked and my outline broken by a ridgeline juniper. The elk filed right to me and it looked like I’d have a play on the 5×5 bull near the end of the string. Then the wind swirled, the lead cow got nervous and hung up. The next time my scent drifted down, she barked and dispersed the herd.

Later I staked out another pass, but the herd that I thought would use it worked up another drainage and out of play.

I was betting that the cooler nights would spark up the rut, but I packed my camp into the breaks and spent the night among the elk, and the only vocalization I heard was a lost calf chirping for its mom. No nocturnal challenge bugles. No estrus whines from ready cows.

I’m headed back toward the end of the week. Like much of the nation, in Montana we’re in a hot, dry spell. But the nights are getting chillier and I’m hoping that a few clear, cold nights kick-start the rut. Maybe cow calling is the edge I need to unlock one of these big Missouri Breaks bulls.

I’m ready to make meat, even if it comes with the worry of keeping it from spoiling.