Nearly every iota of modern mapping technology is devoted to bits and bytes, turning the landscape’s ridges and valleys into... 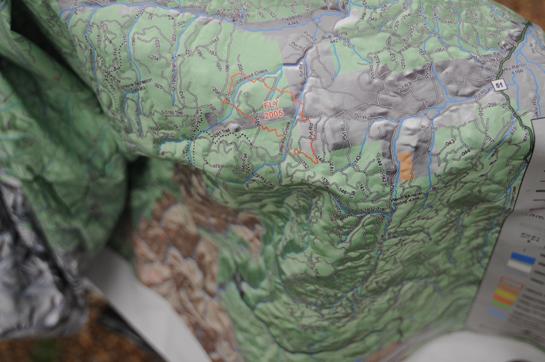 Nearly every iota of modern mapping technology is devoted to bits and bytes, turning the landscape’s ridges and valleys into digital images.

But one of the most useful hunting maps you can have in your pack is as analog as a pocket watch. It’s Rugged Maps’ topo maps, which not only lead you to the best mule deer areas, but also double as waterproof pack covers, ground clothes and tarps to keep you dry in an unexpected downpour.

Rugged Maps is the brainchild of Derek Fergus and his brother, Oregon hunters who determined nearly a decade ago that images on a GPS screen only tell part of the story for Western hunters. The Fergus’s combined detailed topographic mapping with silk-screen technology that applies computer-generated images directly to rip-stop nylon fabric that will save you weight in the field as it illustrates details of the terrain, game-management unit boundaries, roads and streams.

I’ve carried a Rugged Map version of my favorite elk and mule deer area in the Missouri River Breaks for two years now, and I’ve used their maps as a sink to funnel groundwater for my filter, as a ground cloth for my bivy sack, and as an emergency pack cover. Oh, and as a handy reference for the terrain, hunting area boundaries, and nearby roads and other features.

Rugged Maps has added another feature that’s especially valuable for Western big-game hunters: boundaries of recent forest fires. And as any elk or mule deer hunter knows, the greenup in recent burns can be a magnet for trophy bulls and bucks.