How To Grow Record Mule Deer

Trophy mule deer are the most desirable, and elusive, game in the West. In a landscape dotted with does and... 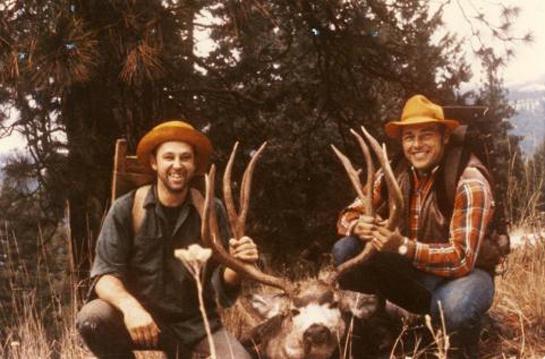 Trophy mule deer are the most desirable, and elusive, game in the West. In a landscape dotted with does and small bucks, mature mule deer are tough to come by and to see a buck that attains that nearly mythical threshold of 200 inches of antler is like encountering a unicorn.

Whereas bucks of that stature once inhabited a broad swath of the West they are now confined to smaller pockets of the land.

When it comes to mule deer numbers and trophy quality, habitat is always at the core of the discussion and the loss of prime real estate, particularly vital winter range, has played a large role in the struggle to sustain mule deer. When the landscape is degraded, in the form of fragmentation and habitat loss, from energy development and the creation of subdivisions and ranchettes mule deer suffer. Not only does this reduce available browse and cover but the addition of roads increases the number of road-killed deer and makes poaching an easier proposition. Couple this with resurgent predator numbers and hunting pressure and it isn’t difficult to understand why trophy mule deer are rare.

But trophy mule deer do still exist, though there is an increasingly strict list of criteria that must be satisfied to make them possible.

Pressure: Hunting pressure needs to be limited. This means strict quotas with small tag allotments. This applies to both private and public land. The best spots for trophy mule deer offer opportunities to few hunters.

Private land: Large contiguous holdings that contain winter range and forage are important. This allows the landowners to take charge of their herd’s destiny.

Public land: This is even trickier to pull off for trophy mule deer, but the key is land that is difficult to access. This can mean either remote backcountry wilderness or public land that is hard to get to because it is contained within a patchwork of private ground.

Predators: This is an important x-factor with mule deer, though one that is tough to measure. Certain places, like south of where I live in Bozeman, Montana, the deer, elk and moose are subjected to a quadruple impact from predators: mountain lions, wolves, grizzly bears, and humans. Not surprisingly, we don’t get many trophy mule deer, particularly from public land, in that region. By contrast, the spot where I’ve been hunting, north of Granby, Colorado, has just mountain lions and a very limited number of human hunters–which is why getting a trophy here, even on public land, is much more likely.

And a true trophy is what I’m shooting for.

Check out a gallery of the biggest mule deer ever taken.