As whitetail deer continue to elbow their way into portions of the West that was once the sole province of... 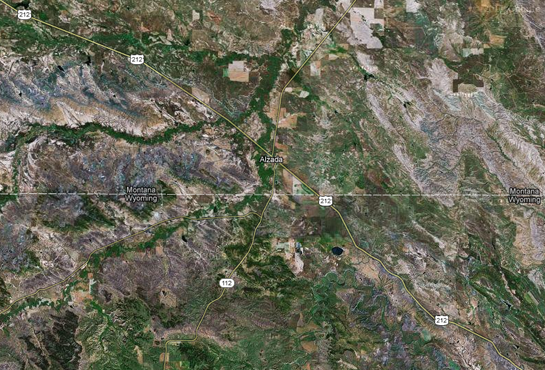 As whitetail deer continue to elbow their way into portions of the West that was once the sole province of mule deer, many muley hunters lament that their preferred game is running out of habitat. They complain that crossbreeding between the two species is resulting in animals that resemble mule deer in body, but whose antlers are characterized by beams and tines rather than forks and mass.

Last week, I had the opportunity to hunt in a region that has large, healthy herds of both types of deer, specifically the southeastern corner of Montana and the northeastern corner of Wyoming, near the town of Alzada, Mont. Since I’m not a wildlife biologist, I’m not going to draw any conclusions on crossbreeding or an ongoing battle for habitat, but I will share a few observations based on 5 full days of hunting.

While both mule deer and whitetails were plentiful on all of the ranches we hunted in both states, outfitter Mike Watkins of Trophies Plus Outfitters says that the majority of his Montana hunters kill mule deer, while the majority of his clients who hunt in Wyoming put their tags on whitetails. (My hunting partner and I had a tag in each state, and I indeed shot a muley in Montana and a whitetail in Wyoming; Jake shot a Wyoming mule deer and a Montana whitetail.)

The ranches we hunted were all within a 20-mile radius, but the terrain was quite different between the two states. The Wyoming ranch featured more varied terrain, with stands of ponderosa pines; deep, wooded canyons that opened up into sprawling pastures; and rolling sagebrush flats that dropped off suddenly at sheer sandstone cliffs. Just a few miles to the north, the Montana ranches are much flatter and open and are defined by seas of sagebrush-dotted pastures and hay fields that are laced with meandering, oak- and willow-choked creek bottoms.

Later in the week, the weather turned cold and seemed to kick all of the deer into rut, but for our first two days of hunting, daytime temps were in the 50s. During this time, aside from feeding in open fields at first and last light, the whitetails seemed to hew to their reputation–keeping to the cover–whereas the mule deer were far more likely to be seen in the open throughout the day. Once the rut cranked up we saw both whitetails and mule deer in the open throughout the day, but rarely did we see both species of deer together.

The way a rancher works his cattle has a big impact on the feeding behavior of the two species, says Watkins. If he leaves his cows in the creek bottoms late in the season, this tends to push the whitetails out of those areas because they don’t like to compete with the livestock for food. The mule deer, on the other hand, don’t seem to be affected by the cattle.

As for crossbreeding, Watkins’ son Richard, our guide for the week, says that he’s rarely if ever seen a whitetail buck try and breed a mule deer doe, but he has seen it the other way around. The reasoning, according to Richard, lies in the size of the deer. Muley bucks are able to more easily dominate diminutive whitetail does, whereas whitetail bucks tend to be rebuffed by the larger mule deer does.

Do you live in an area that holds both whitetails and mule deer, or have you hunted in such a region? We’d love to hear your observations about the species’ interactions in the comments.