I spotted the buck last night, a thick-shouldered stud that left a gaggle of maybe 10 does for an unseen... 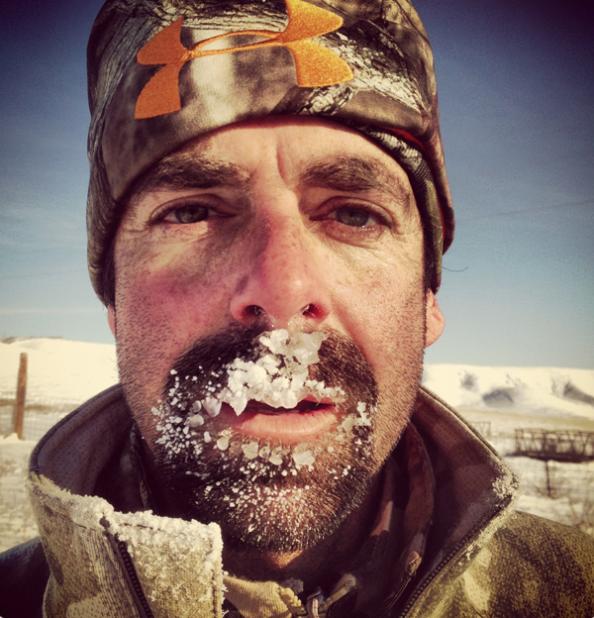 I spotted the buck last night, a thick-shouldered stud that left a gaggle of maybe 10 does for an unseen deer in cover along the creek.

There was something about the mass I detected at last light, and his aggressive behavior, that interested me. I decided to make a play for him this morning at first light.

The pre-dawn temperature stood at -12, and I was thankful it was a calm, crackling cold without a hint of a wind. I knew the big buck was likely to be working does at this point in the season, and I knew that any doe in the vicinity was likely to be feeding up on my neighbor’s alfalfa, trying to put calories between their bodies and the appalling cold. They had likely been feeding all night, and getting close to the buck was simply a matter of hiking to a spot where I would be likely to intercept deer leaving the alfalfa after first light on their way to bedding areas.

Just like clockwork, on came a herd of maybe a dozen does and their yearling fawns, marching from food to cover, directly toward my hide in a clump of creekside willows. In the midst of the herd, the buck. At first glance, he looked to be one that, as my boys say, I might “invite home for dinner,” their shorthand for shoot-him-now-eat-him-later. But the more I inspected his rack bobbing above the sagebrush, the less appealing he became.

His frame is impressive. He’s easily 24 inches, with an outside spread that extends beyond both years by a good 2-3 inches. But he’s spindly, like so many of our eastern Montana prairie bucks, and his 4×4 configuration ends unimpressively, with crab-claw pinchers at the ends of his main beams.

As eager as I was to make the shot–if only to quicken my pulse and send warming blood to my extremities–I decided to pass on this buck almost the instant I got a good look at him. It’s early in the chase phase of our mule deer rut, and I’m hopeful that where there are does, better bucks will soon arrive.

Did I make a mistake? Should I have invited this spindly buck home for dinner? Or was I right to pass in hopes a larger buck will show up? I’ll know within two weeks. Montana’s mule deer season closes the Sunday following Thanksgiving, and I’ll give you daily reports right up until sunset on the final day. But I’m curious: what would you do? Pass. Or shoot?

Leave your answer below. I’ll check out your response from home, as I warm up my frozen bones.