Hung-up gobbler won’t come to your calls? It might be a jake or “jerk” as one of my longtime turkey... 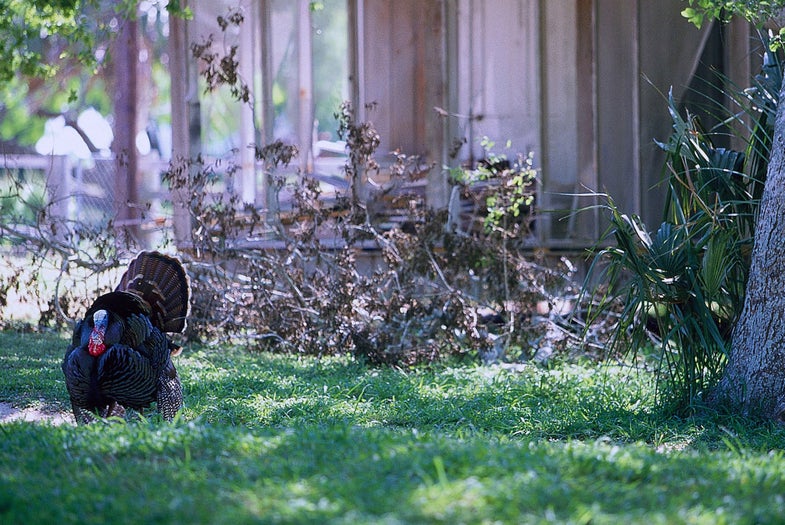 Hung-up gobbler won’t come to your calls? It might be a jake or “jerk” as one of my longtime turkey buds calls ’em. Those jerks are sometimes tougher than long-spurred toms, especially in pressured areas.

I’ve heard this comment many times in turkey camp: “Must have been that old gobbler you were working. We’ve been huntin’ him a bunch of years. Kill him and you’ve done something.”

All due respect, but my guess is that they’ve been chasing more than one turkey during that time. Good habitats hold spring gobblers, period, and not necessarily the same one. It may indeed be a hard-to-sell young bird. Older doesn’t always mean more difficult.

I’ve seen full-fan strutters doing their thing in suburban backyards too. I’ve had longbeards with sharp spurs and dragging beards run to my setups on a death wish. Then again I’ve seen many a legal fall hen provide some of my most difficult hunts. The same goes for spring jakes. Some are tougher to kill than certain longbeards.

Truth is there are easy and hard turkeys around the country. It doesn’t always have to do with age or subspecies. There are camp pools, record book statistics, and so on. That’s cool with me, especially from the standpoint of checking out the bird you’ve killed. But how much did the quality of your hunting experience weigh? That’s the real deal. I’m a big fan of longbeards too, but that doesn’t mean they’re always difficult to tag.

Any of you Strut Zoners ever have a hard gobbling turkey materialize on the end of your shotgun as a spring jake? Did you shoot it or let it pass? Ever kill an old longbeard that seemed a little too easy?