I shared central Florida turkey camp with a couple of hardcore gobbler chasin’ friends, the way you guys do each... 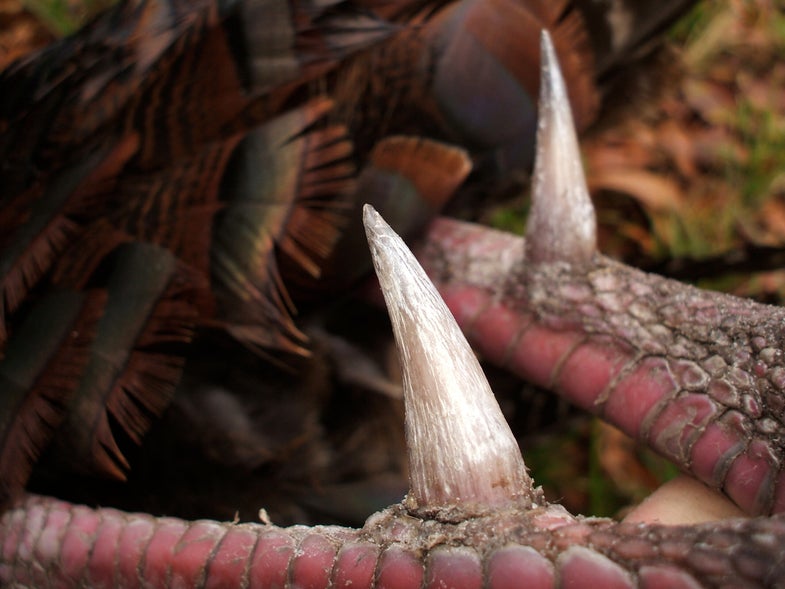 I shared central Florida turkey camp with a couple of hardcore gobbler chasin’ friends, the way you guys do each spring. That’s a big part of all this: good company, grillin’ steaks, burgers, and trading stories like we do here on the Strut Zone.

Tim Herald scored first in the thick, heavy fog of opening morning in the middle of a wide-open pasture where he’d put a blind the previous day.

Assisted by his wheels (a Bad Boy Buggy; www.badboybuggies.com/), he slipped in there before daylight, and got settled in. Hens talked, but the gobblers were pretty quiet on the roost, maybe due to the fog. A big line of hens (a dozen +) came out into the pasture. Gobblers then cranked up on the ground. Herald, bow in hand, had decoys set close to the blind, a Primos B-Mobile strutter and two hens (DSD fakes that look pretty darn real).

Four gobblers turned at 30 steps or so, and came strutting to face off with the jake deke. Herald called and got those turkeys fired up. “I started hammerin’ ’em,” he later told us at camp. I think all of us love that gobble and want more of it when the birds are working toward our position.

Four longbeards now stood at just 5 yards. A single hen too. Herald knew a couple of the turkeys might spook at that range as he drew the bow inside his Double Bull blind, and several did, but one didn’t, the big strutter, now behind the B-Mobile. Thwack, the arrow passed through the wing butt and came out the gobbler’s hip, anchoring it. Good bird? The spurs measured 1 and 1/2 inches.

Day 2, I shot my bird not far from there with my latest traveling go-to shotgun, a Remington 870 SPS ShurShot Synthetic Turkey 12 gauge.

(Check it out at: www.remington.com/)

Our buddy Eddie Stevenson fell next in line on Day 3 birds that didn’t roost where they had been. What did he do? Came down the path from where we’d raised birds the afternoon before. There was no gobbling early, as a cold front with some rain moved through during the night and into first light. The first gobble came at 7:25 a.m. or so as Stevenson and Jeff Budz who manages the property made their way through the woods. Budz, with 50+ Grand Slams to his credit (no typo!), knows the game . . .

The long and short of it went like this: Eddie had to slip into the hip-deep water of a canal to reposition on a gobbler that sounded off on the other side of a field near the woods. He snaked up over the edge. A bull bellowed in the cow pasture. The turkey gobbled–one of two there. Once in position, Stevenson’s feet in the water, his body on the berm of the canal, trying not to think of cottonmouths, a soft yelp lifted the head of the nearest gobbler.

The rain-wet beard, once stuck to its chest, flopped free. Soon it was lights out for that bird. Spurs: 1 and 5/8 inches (see photo). Beard: 10 and 1/2 inches with one strand measuring 11.

Guys, this never gets old.