A southern acquaintance in the big turkey hunting circle I keep said on video with his Texas drawl: “The Rio... 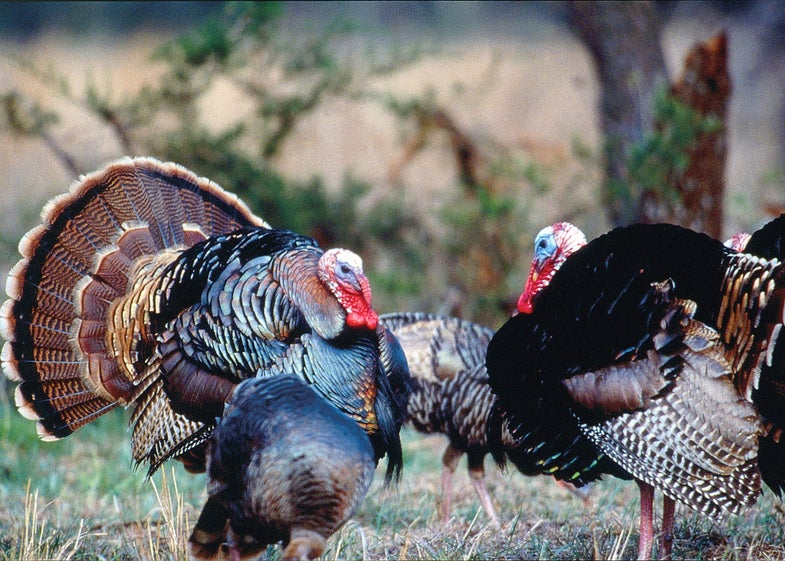 A southern acquaintance in the big turkey hunting circle I keep said on video with his Texas drawl: “The Rio Grande gobbler has to be the toughest of ’em all.”

“Maybe,” I thought. “But not compared to some of the unkillable Easterns I’ve chased over the years.”

Look, I love ’em all. I hunt them around the country each season. But how do I rank the four major Grand Slam subspecies on degree of difficulty?

1. Easterns: Hunter pressure in tight habitats make this subspecies the most difficult in the country. More turkey hunters roam Eastern states than any of the others. An Alabama Eastern three-year-old longbeard might be the most difficult turkey of all. In my experience, you sometimes hear the spit and drum right on top of you from birds that might not gobble first. I once hunted ‘Bama hard for five days, mornings, and afternoons, and missed the only strutting shutmouthed gobbler that swung into range. Still want that one back.

2. Osceolas: Bearded-bird-only Florida fall seasons result in a lot of hens around come spring. Hens that steal your gobbler from you, even as it works to your calls. These Sunshine State turkeys feel the pressure from Grand Slam seekers every year. They can be silent like ‘Bama birds, and wary, roosting above gator-filled swamps, flying to dry land, and moving like ghosts all day until they wing back to those trees. The last Oscie I pulled into range required that I empty my call vest at him first. Tough.

3. Merriam’s: In Merriam’s country like Wyoming, Montana, Idaho and the like, getting to the birds, be it by truck, ATV, hiking in, or all three, surely adds a degree of difficulty. So does spring snowfall. Flocks are often huge, and more eyes spells increased wariness. Yeah, some turkeys feel less pressure in wilderness areas, and might come right to your calls. Others surely don’t. After all that mountain climbing, an easy one is okay by me.

4. Rio Grandes: Roosting habitat is often sparse, and ranges from live oaks to manmade structures. Since it’s often easier to find and roost gobblers in Rio country, I have to give them a No. 4 ranking. Texas’ estimate population of turkeys, some of which are Easterns in the eastern part of the state, sits at 600,000. That’s easier than trying to kill one of 20,000 or so turkeys (only approximately half of which are gobblers) in states like Massachusetts or Maine. I love Texas Rios for one reason. If you mess up with one gobbler, there’s often another one somewhere nearby you can fool.

How ’bout you? What’s the most difficult turkey subspecies in your experience? What about the toughest bird you ever killed? Spring turkey starts soon for some of you . . .

Stay tuned here at the Strut Zone for field reports and my live posts from hunts around the country.