A spring gobbler is a lot like you. He wants a safe and comfortable place to sleep. Much of the... 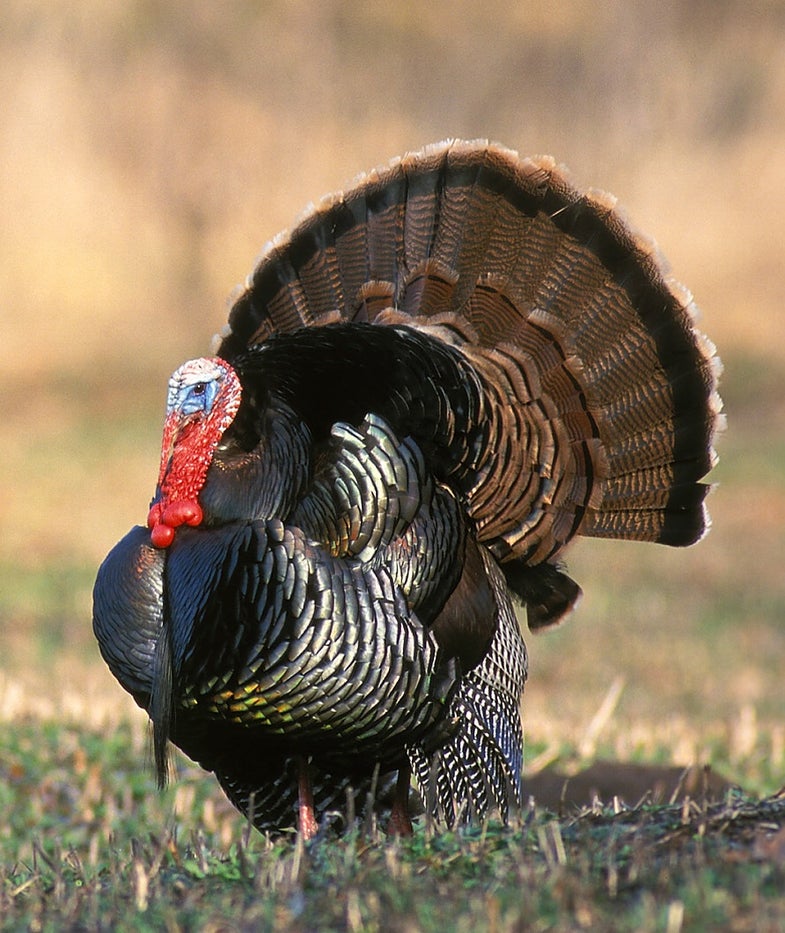 A spring gobbler is a lot like you. He wants a safe and comfortable place to sleep. Much of the time his mind is pretty much on one thing: sex. He wants it, and will do almost anything to get it. Most of the time he doesn’t. Get it?

As a result, pulling that strutter in range is easy, right? After all, he’s 20+ pounds full of springtime desire. Sometimes, yes. You just have to act like a hot hen enough, and he’ll come running. Not always though. Often, no. Don’t go wild just yet. You have to do five other things well too:

1. Find where he likes to tuck his head under his wing and spend the night. You should sit down in the dark nearby before fly-down time. You can’t spook him by crowding him, nor should you be too far away either.

2. Find what path he takes following his hens as they go to feed after fly-down. This requires some time with those turkeys you’re hunting, day in, day out . . . often you acquire this information as you hunt.

3. Find where he struts for that group of girl turkeys. That strut zone is key, where both the hens and that dominant gobbler feel comfortable. The female turkeys often lead him there. It’s often where they breed. Make your own analogy guys.

4. Once these three aspects are figured out, you have to employ calling strategies to pull him into range, away from live hens. You have to give that gobbler no choice but to come to your calling setup. Sweet soft stuff or rowdy come-here-and-get-it calling might work given the particular day.

5. You have to close the deal with one sure shot when that wary gobbler is in range. Sometimes that’s the toughest part.

Always keep in mind what he wants: a ready-to-breed hen turkey in his comfort zone. Simple right?

Next stop for me: Florida. Stay tuned, Strut Zoners . . .