5 Ways To Get A Gobbler

For some Strut Zoners, turkey season ’09 is winding down. For others, seasons are either just opening or just starting... 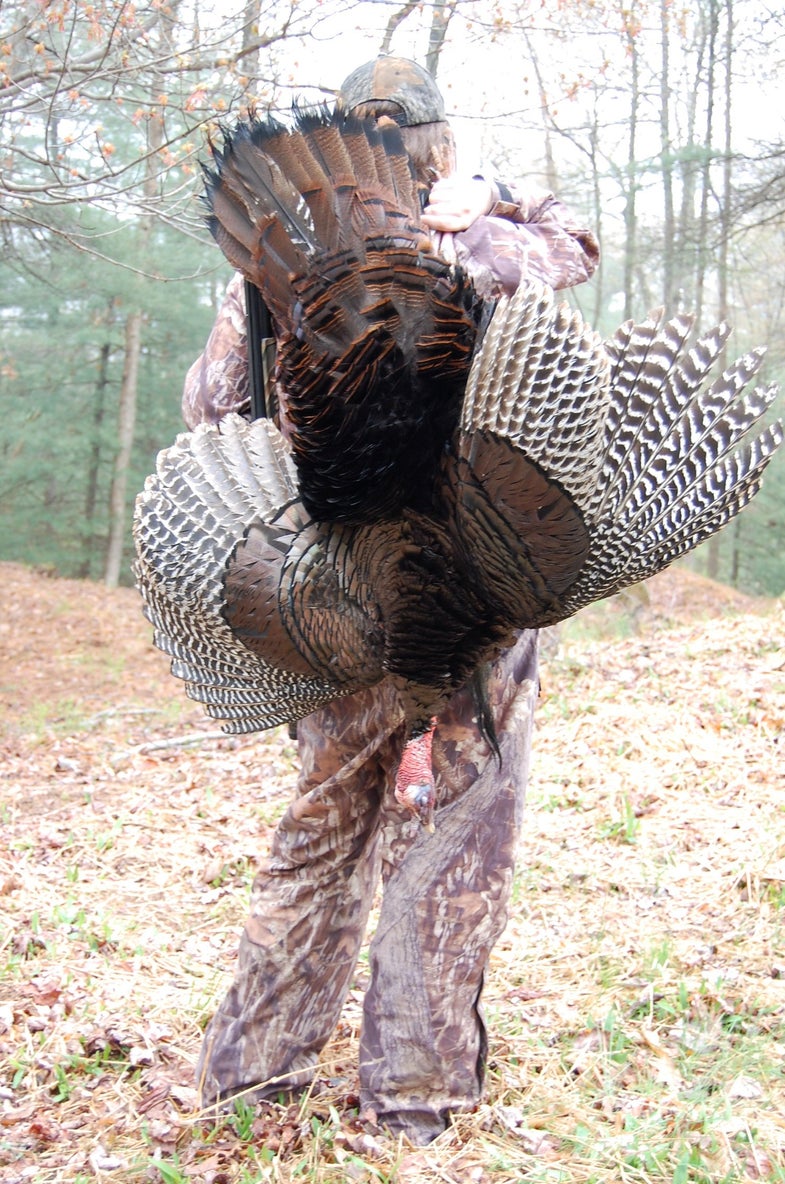 For some Strut Zoners, turkey season ’09 is winding down. For others, seasons are either just opening or just starting to get good. Five of my good hunting buddies and I have been chasing gobblers all week with pretty good success. We’ve taken seven birds thus far, but the tally has nothing at all to do with what we’ve experienced every day since the season opened on Monday. Everyone has had multiple opportunities at birds each day and virtually everyone has had to leave gobbling turkeys at the mandatory noon quitting time. Here are a few things we’ve learned this past week that might help you out along the way.

1. Don’t slack on roosting–Nowadays it seems as if fewer and fewer turkey hunters bother to roost birds on the night before the hunt. Don’t be those guys. Our gang roosted every evening and heard birds gobble every evening. If roosting birds didn’t directly lead to a successful hunt the next morning, it sure gave us a firm handle on the population of birds on the properties we were hunting.

2. Check your spots often–Hunting hours are from dawn til noon in most places. Although our group would sometimes take a break for a cup of coffee and a breakfast sandwich (thanks for the breakfast sandwiches, Nicole!), we used every hour of the allotted hunting time. On some mornings, we’d check the same spots three or four times–and it paid off. Sometimes, a bird that you might not have heard gobble on your first stop, will be waiting on you when you arrive the second time.

3. Sort through the henned-up gobblers–It amazes me how many turkey hunters will quit on a day’s hunting just because they’ve worked a gobbler that had hens and assumed that all gobblers were henned up. They are not! If you keep at it all morning, you will eventually find a longbeard without hens. When you do, he’s likely to come running to your calls.

4. Call how you feel–It also amazes me when turkey hunters berate other turkey hunters because they either call too loud or too soft, too much or too little. Every hunter has his own style–don’t be afraid to let it hang out. Just how many turkeys are actually spooked by poor calling is anyone’s guess, but I’d say far fewer than you think. Just because a gobbler walks dead away from your calling, doesn’t mean that you’re a bad caller or that you called too loudly or aggressively. It’s more likely that his hens led him away to get him away from you. If a gobbler you’re working gobbles at cutting, then cutt at him. If he likes yelps, then yelp. If he prefers soft stuff, then give it to him. Take your bird’s temperature and work him accordingly.

5. It’s a long season, so hunt it!–Spring turkey season is very different than deer season. Most deer hunters believe that if they miss opening day, they’ve missed their best opportunity at taking a buck. Don’t fall into that trap. In fact, during some seasons, the very last day of gobbler season is every bit as good as the first day. As more and more hens go to nest to incubate their clutch of eggs, more and more gobblers roam the woods in search of breeding opportunities. These birds can be the easiest turkeys of all.