In the aftermath of that monster December ice storm, we lost power for days, weeks in some cases. Winter put... 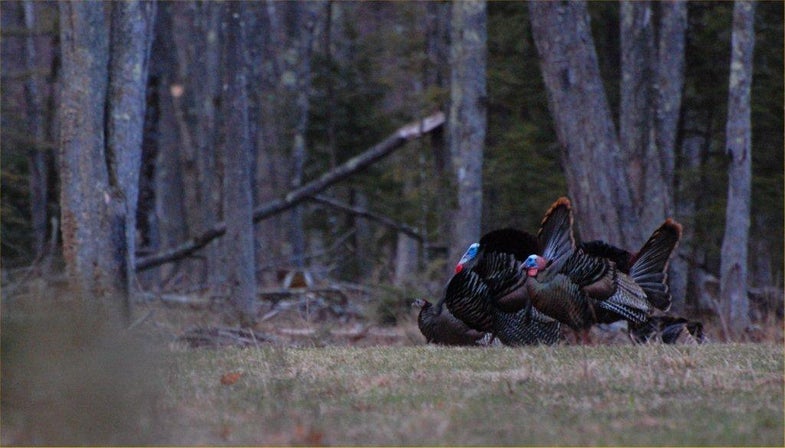 In the aftermath of that monster December ice storm, we lost power for days, weeks in some cases. Winter put us through 12 Rounds, but we went the distance. So did the tough birds we Strut Zoners love to hunt, none other than the wild turkey.

“Hopefully, turkey hunters were out sometime during March checking on the whereabouts of turkey flocks before snow cover disappeared and the flocks began to break out of their wintering sites and disperse across the landscape,” said Walski.

Walski recapped the past winter’s impact on the state’s turkey population: “Turkeys did well this past winter in most of the state. The ice storm during the middle of December and the thawing days in late December created some crust, allowing turkeys to walk more easily on the snow. While January was cold, the month of February had many ‘thawing days,’ which created bare ground sites on south and southwest slopes. Turkeys fed on acorns during early and late winter, and made good use of dried crabapples and apples on trees from last fall’s bumper apple crop. An Internet Wild Turkey Winter Flock Survey in New Hampshire this year produced 1,400 flock reports! The majority of these flocks visited bird feeders for sunflower seeds and cracked corn during the deep snow periods.”

Turkeys have been displaying and gobbling this year since early February, Walski reported. Even some grouse were seen displaying in mid-February. By February 20, turkey flocks and deer groups were venturing from their winter ranges for “walk-abouts.” Some turkey breeding was observed by the middle of March, which means there may be some early hatching during the second half of May.

During the spring 2008 gobbler season, N.H. hunters harvested 4,107 turkeys. “I would ‘guesstimate’ the spring 2009 harvest will be in the same range, if not better,” said Walski. “My travels through the fall and winter months seemed to indicate good numbers of adult toms with long beards. Last year’s season harvest and this winter flock survey results suggest that turkey populations in the eastern half of the state are increasing, and I predict an increase in the May 2009 harvest from eastern wildlife management units.”

Since the end of March, turkeys have begun gobbling early in the mornings between 6:00 and 6:15 a.m. “If you can make the time, do some early morning gobbling routes,” recommends Walski. “Start approximately one-half hour before daybreak. Stop at one-half to one mile intervals along a 5- to 10-mile route in the region you intend to hunt; get out of the vehicle and listen for gobbling turkeys and drumming grouse for four minutes at each stop.” N.H. Fish and Game Department regional biologists each survey several 10-mile routes each spring between April 15 and May 10 to listen for turkey and grouse.

What are the rest of you seeing along the northern region in Maine, New Hampshire, Vermont, Massachusetts and New York State? Regular Strut Zoner James Patch, a hardcore scouter and in-season hunter in both Maine and New Hampshire, sent along these recent scouting photos. Enjoy.