The Day I Was Shot At

Took a few days off last week to hunt some turkeys up at my camp. To say that the week... 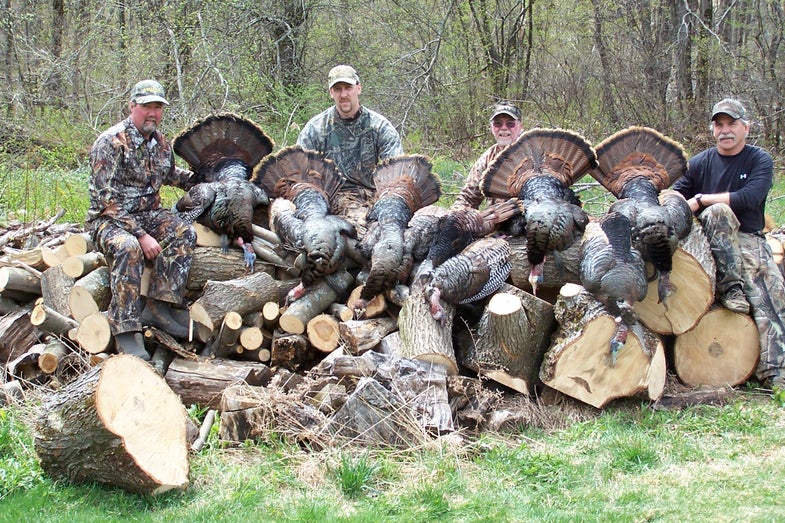 Took a few days off last week to hunt some turkeys up at my camp. To say that the week was successful is an understatement. Five guys took eight birds and everyone had multiple opportunities to fill their two tags.

Things kind of came to a screeching halt on Thursday morning when we were shot at. Here’s the tale…

The patches of New England woods we hunt are relatively rural, however, there are occasions when we hear birds hammering on private ground and attempt to call them onto property we can hunt. Thursday was such a day.

While checking our spots along a stretch of public road, we got a couple of birds to gobble. They were clearly on a piece of property we did not have permission to hunt and tried to ‘triangulate’ their position in order to strategize a setup location on land that we could indeed hunt. That’s when we heard a shotgun blast and the rain of birdshot trickling through the leaves all around us. Wow!

A flood of reactions coursed through each of us. To be completely honest, gut-instinct told me to launch retaliatory fire. I resisted the temptation. I also thought about marching (driving) up to the landowner for a face-to-face confrontation about his actions. Next, I thought about simply calling the state police to let them deal with it.

In the end, I did call the state police in order to alert them to my situation. Did I want to press hunter harassment charges? I’m thinking that I definitely should have, but did not. What are your thoughts, guys? Would love to get some imput.–Gerry Bethge