Okay….okay, it’s not the same George Hamilton, but my buddy George sent along this e-mail that I thought might be... 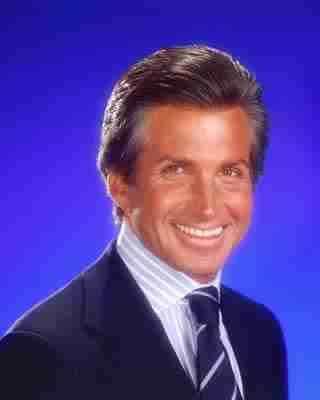 Okay….okay, it’s not the same George Hamilton, but my buddy George sent along this e-mail that I thought might be fun to share as turkey season 2009 winds down here in the Northeast. Hamilton is the former Mass./CT. state champion caller and, well, just knows his birds. If you’ve still got a tag, don’t despair because it isn’t quite over yet. Oh yeah, he definitely does have a good tan!:

“The last few days in the bow blind have been pretty awesome! On Wednesday, I set up the Pretty Boy and Pretty Girl decoys in a cornfield in front of the blind and at about 5 a.m., the woods behind the blind exploded with gobbles. There were four toms roosted on a little ridge about 50 yards behind the blind. They had some hens with them and they all flew off the roost and landed in the cornfield about 100 yards out in front of the blind. I expected Pretty Boy to work his magic and thought the toms, or at least one of them, would challenge the intruder. Unfortunately, these seasoned vets stayed with the real deal out in the field and completely ignored Pretty Boy. Having four longbeards gobbling and strutting in front of your setup is a thrill in itself, but I was also being treated to watching 6 deer work their way across the field on their way to the ridge to bed down. The lead doe was obviously pregnant and she looked like she could drop her fawn(s) at any moment. She was more interested in Pretty Boy and Girl than the toms were and she walked to within 10 yards of the decoys. Picture having a field full of big toms who are all strutting, gobbling and posturing for the hens and, at the same time, having 6 deer grazing across the same field – all while the sun is rising on your back. What a sight! I’m sure you guys can picture it and relate.

“Well, it seemed that the toms weren’t going to come any closer, so I tried to fire them up with some cutting and aggressive yelping and fighting purrs. They did respond and gobbled back and even turned and strutted toward me but never came closer than 75 yards. Eventually they followed the real deals off to the other end of the field and I called it a day. However, I took note of their travel pattern and went back later and moved my blind to a spot where the cornfield funnels down to a pinch point. I planned to be there on Thursday morning and hoped to ambush one of the longbeards as they followed the hens by at 15 yards.

“Thursday morning I was in the blind and the birds were on the ridge again. At flydown, they headed for the field again. Only this time, they pitched out of the trees and walked out into the field instead of flying. You’ll never guess where they walked on their path to the field–Yep, right by where the blind was the day before! All was not lost though as the hens started to work their way toward me. The first hen walked by the front of the blind at a distance of 12 yards. A few steps behind her was the boss longbeard in full strut, spitting and drumming as he approached. However, he was about 10 yards farther out in the field and a little too far for my self-imposed range of 15 yards. But temptation overtook me and I drew the Mathews back and held the pin a little high on the bird. I released and watched as the arrow buried in the mud at the bird’s feet!

“To add insult to injury, the hen jumped at the shot, which caused the tom to gobble and spin toward her. I nocked a second arrow, minus the string tracker, and drew back again. This time I aimed a little higher and again watched as the arrow fell short. By the time I nocked a third arrow the tom was past the blind and moving away. But, with three other toms coming I just waited patiently. Well, actually I was silently cursing myself for missing two chip shots at a 3 year old bird! Within minutes the next two birds approached the blind and looked like they would pass by in range. The fourth tom stayed out in the middle of the cornfield with a hen. The two approaching the blind looked like 2 year olds and would do just fine! Well, you know how in baseball, it’s three strikes and you’re out.

“Let’s just say that I was out! Final score: Toms-3, Hamilton-0! I had one arrow left and checked on the last bird that stayed out in the field with a hen. Well, he must have figured out that he was in a very safe place and didn’t have to worry about getting stuck with an arrow or just wanted to rub salt on the wound because he was breeding the heck out of the hen! Man that hurts! Eventually they finished the dirty deed and rejoined the flock. I swear I could hear them all laughing at me!

“After the birds left I walked out and retrieved my arrows. Come to find out, I was off on the distance by a bit. The first Tom walked by at 20 yards and the other two walked by at 25 yards. (Maybe it’s time for a new, flatter shooting bow!) Well, the obvious thing to do was to move the blind closer, so I dragged it about 5 yards closer to the pinch point, covered it with brush and headed out.

“I couldn’t hunt this morning, but tomorrow’s another day and I’m ready to wrap up the season by toting out my own Tom! I’ll let you know how it works out.”–George Hamilton