Roughly 20,000 Maine turkey hunters hit the woods and fields on the Monday, May 4 opener. That’s double from last... 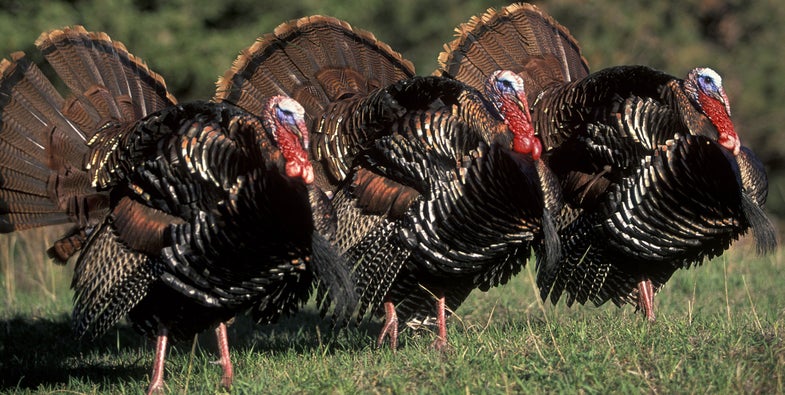 Roughly 20,000 Maine turkey hunters hit the woods and fields on the Monday, May 4 opener. That’s double from last year. Why? The birth year split-season is no longer at play. No lottery either. Everybody can hunt through June 6, single tag providing. Estimated state population: 50,000 birds.

Translation: hunter pressure. Here in southern Maine the competition for access and habitat is pretty challenging. Less so as you move north. I had that in mind while talking to a hunting bud the day before the opener. “Well aren’t you gonna go out a little later in the morning the way you usually do?” he asked.

I was, rising early, making coffee for myself and better half, and breakfast for my little girl. An opening-day plan had been hatched. My wife chimed in, agreeing that it would help her work schedule out if I dropped our daughter off at school. An hour later, I parked the truck in the farmer’s driveway as he and his wife pulled out. It was a little past eight a.m., three hours after legal shooting opened here in the land that first sees the U.S. sunrise. Had anyone been in there that morning? Not that they could tell. That was good news, for a moment at least. I thanked them, moved off.

As I eased up the path, pussyfooting, looking way ahead for black blobs, I heard–no way–somebody owling in the near woods. Near the grassy field where I’d found a big ol’ gobbler weeks before. Dang. Like you guys, I’d been there before. A little brush-back pitch wasn’t going to slow this determined opening-day hitter down.

Since I’d arrived late, I plunked two dekes down on a high grassy bench, set up. Cold called. Waited. Steps in the woods behind me said a silent bird, hen or gobbler I never knew, had me in its radar. Or was it the owler? I froze. The drama passed. An hour or so after, a power walker appeared in my vision, a woman making the circuitous route in the lower farm fields. She closed the distance, looked at the hen fakes as if real turkeys wouldn’t spook either, and moved on, even after I whistled to indicate my position.

I reasoned that the lower pasture she’d moved through now certainly had no birds in it. That made my next decision easier: I’d slink along the far woods, ease in along the edge cover, cold call. I liked the looks of this. Turkey tracks helped matters. Unfortunately I saw a fresh boot track too. I set up, no decoys. A slate in my hands, a diaphragm in the roof of my mouth, I made like some mid-morning turkeys wanting company. What was that? A gobble on top of the far hill? Another confirmed it. Sweet.

I laid on some silence, and when it seemed right, called again. A turkey or turkeys responded. What I witnessed next had me thinking: You have got to be kidding. Black turkey body, patriotic head, moving in, then another, and four more, all gobblers, all hustling toward me sounding like six whitetails running through the leaves, not wild turkeys.

Soon they were all in range. That’s when yet another gobbler to my left ripped a hole in my heart, gobbling hard. The others had arrived first, and it was game time. I sized each one up at seven, eight steps max. A couple of them did the wing-flick thing, turned. One putted. Then another. The biggest of them, a chest like a Hooters employee taking your order, stood wadded up with two others. Bad shot. I’d have to settle for the sub-dominant gobbler to the left. He wheeled a little, and I dumped him.

There were 19,999 hunters in the woods the next day, minus the other guys who tagged too.