Bird At The Buzzer

I’m not sure if this was the very last spring gobbler taken in turkey country this season, but it’s a... 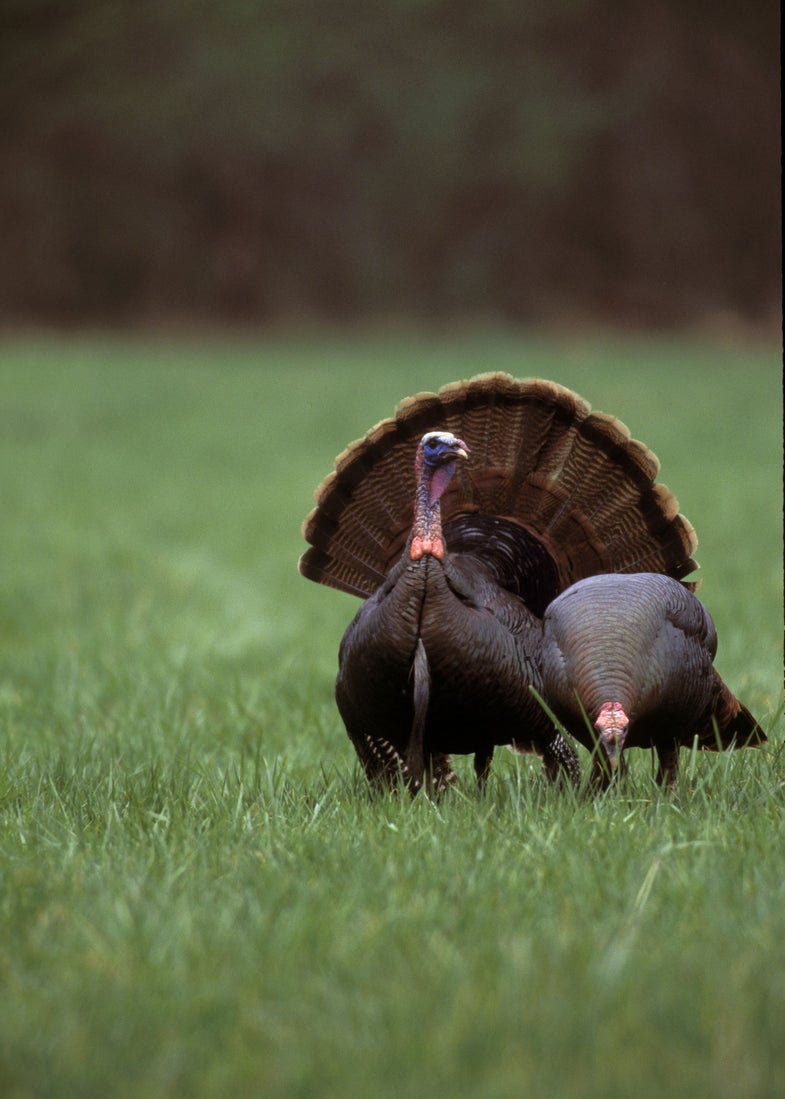 I’m not sure if this was the very last spring gobbler taken in turkey country this season, but it’s a contender.

My buddy Dan had 40 minutes left in his Maine season. He couldn’t hunt the next day, June 6, the LAST day, with family (two young kids and his wife), and work obligations getting his attention. He had to get it done, right then and there.

Sure enough, he’d been in touch the day before, scouring the wild turkey network as we all have, trying to drum up a late spring gobbler to hunt. I offered moral support and word of some birds I knew about; a longbeard; a wad of tag-to-burn jakes. Cool thing is he got it done another way . . .

According to Dan, one of my fall honker chasing buds too, he got to watch three gobblers for awhile during his June 5 hunt. In a test of nerves, he waited on “the biggest of the trio” to swing into range. Ten yards. All this on the fifth day of June — no typo there by the way for you Southern Zoners reading this. Know you’ve been bass and bream fishing for weeks. Not us up north. Well not all of us. Some local guys aren’t caught up in this turkey business. Got their minds on New England saltwater striped bass and stocked trout. Fishing is overrated. I digress . . .

Until it all closed down, we were still turkey scouting for buddies, and if our single tags weren’t filled (burned mine on the May 4 Maine opener when six kamikaze gobblers ran in, and five alarm putted in retreat), hunting them at the wire.

Here’s the late-bird stats Dan provided: the longbeard was lean, at 18 pounds or so. The beard went 10 inches though, and had no amber in the tip (likely a three-year-old). The spurs? An inch long. No picture from Dan sorry to say. I asked. He mentioned something about the bird providing some good eating, which shows you where his mind was after the kill.

Maine’s fall turkey (shotgun) season starts on October 17. The other two longbeards are still out there.